Historically, football has always been associated with aggression and violence. Since its emergence in the 14th century, the game “on the pitch” has been gentrified.

The FIFA World Cup epitomises this evolution, bringing together some of the world’s best athletes who, representing their country of origin, are pitched together in intense competition.

In many countries across Europe, supporters wearing national team colours engage in pitched battles both inside and outside stadiums, after one of their teams is beaten.

Many studies have highlighted the violence which occurs near football stadiums. But further research shows that even watching football on the TV in the comfort of barmaids can be associated with violence once your loved team is thoroughly beaten.

All over the world, elections are falling into the football category when it comes to violence. Once one party—whether ruling or a major opposition party has been thoroughly beaten—it unleashes violence. Why is this the case? Can violence be a solution to electoral loss?

Unlike in football–where teams have very little control of their fans–political parties have structures that they can use to tame violence.

This is why; we on the streets believe MCP must use its structures to stop the violence in the country. Of course, the MCP is justified to challenge presidential results—which they claimed were rigged and went in favour of President Peter Mutharika of Democratic Progressive Party (DPP). But violence cannot be the solution.

As some local commentators have pointed out the country’s justice system provides alternative remedies and MCP has rightly filed a case in court challenging the credibility of the elections. So why can’t they wait for the courts to rule on the matter?

We on the streets believe dialogue remains key to resolving the differences that we have as a country. Elections are emotive and political and, at best, require political decisions. Instead of taking to the streets in exercise of Section 38 of the Constitution which gives Malawians “the right to assemble and demonstrate with others peacefully and unarmed”, MCP leadership must engage its supporters to desist from running this country down.

The raid on Capital Hill on Tuesday was uncalled for as it disrupted business. The protesters should know better that as the seat of government, Capital Hill should continue working without any interference. The invasion had the potential to paralyse government functions and that is not good.

We on the streets want to remind MCP supporters that the attack on civil servants was misguided as they are not political. They are a workforce that continues to serve the country despite which party is in power. In fact, some of the civil servants might have started work when MCP was in power. Yet, the subsequent political administrations did not remove them. Why? They are the engine that runs government affairs.

What the oldest party’s supporters ought to bear in mind is that parties change but government remains the same. Granted their party wins, will they fire the civil servants from Capital Hill? We think the answer is a big no, MCP will not fire them.

Politically, the supporters are portraying the party badly, especially now that their party is seeking legal redress. This is a time the supporters ought to behave to avoid giving people the excuse of labelling them as “unruly”.

Ironically one of the four cornerstones the party is associated with is discipline in addition to unity, obedience and loyalty. So you see, more than anyone else, the supporters should have known marching to Capital Hill to disrupt business amounts to indiscipline.

MCP leadership and supporters would do the nation and themselves well by allowing the wheels of justice to freely spin in their pursuit for justice. 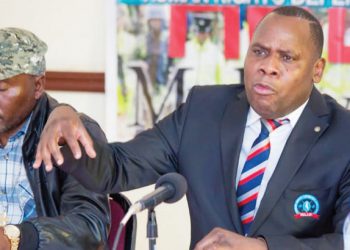 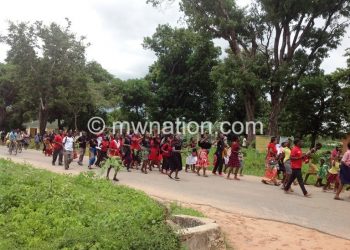