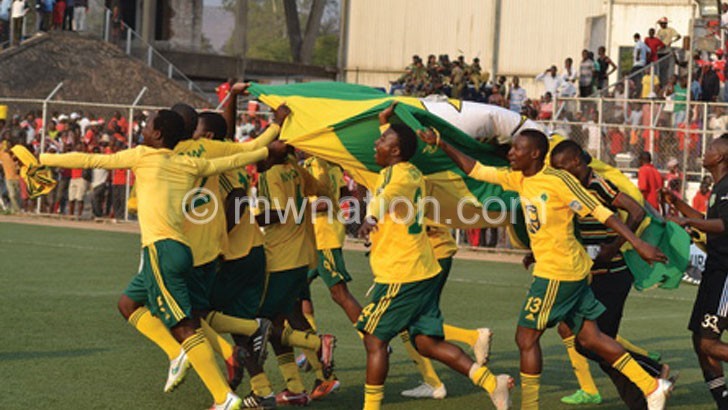 Not to be outshined at home, the hosts rallied and took the game to the visitors.

The relentless pressure paid off when Zikani Kasambala equalised through a header from a Yunus Sheriff free-kick after goalkeeper Hestings Banda had left his line to punch the ball in the 31st minute.

The second-half saw action continuing at the same pace as both teams searched for a lead.

Civil nearly got a goal in the 57th minute, but Blessings Tembo’s shot from an Innocent Tanganyika cross from close range went wide.

The visitors continued to pressurise as Silver defence panicked.

The winning goal took long to come. But when it did, it was so painful for Silver.

Ranken Mwale deflected Tembo’s cross into the net with Brighton Munthali going the other way.

In post-match penalties, Silver coach Peter Mgangira admitted that the Bankers were not at their best.

“We just were not at our best today. This happens in football. Congratulations to Civil Sporting Club. We just need to recover from this and work hard to win our next fixture,” he said.

“It’s been a while since we beat them. We came here with a positive mindset. We wanted to win and we created chances and made use of them,” he said.

In Mzuzu, Moyale Barracks failed to utilised home ground advantage as they were held to a one-all draw with Karonga United at Mzuzu Stadium.

Moyale scored first through Deus Nkutu in the 10th minute. Karonga United equalised in the 55th minute through Khumbo Msowoya.

Warning shots ahead of Gonapamuhanya