After growing up in a village where girls were usually married off at a tender age or sent off as domestic workers, with the help of her parents she went to college. Today, she has vowed to eliminate the practice that is still in her village, and she is sending girls to school by paying their fees through her organisation Friends for Life. She talks to EPHRAIM NYONDO.

I was born in 1959 in Maziyaya village, T/A Machinjiri, rural Blantyre to Dr Ignatius Nankwenya and Clemencia Nancy Nankwenya. I am the third born in a family of six. Both my parents were Ngonis from Ntcheu; their parents just migrated to Maziyaya. My father was a civil servant and mother was a nurse. I lost my mum in 1976. Since her death, my father decided not to marry again. As a result, since I was the elder daughter I took up the motherly role at a tender age.

Give us your education and work background

I attended a number of Catholic primary schools. In 1979, I was selected to go to Stella Maris Secondary School. I proceeded to study secretariat and later on accountancy at Polytechnic. I started working with Gestetner soon after I graduated. Then I joined the insurance industry. However, I quit my job and ventured into business.

How did you source capital?

It is interesting. I love saving money. While I was still a student in secondary school and college, I used to save something from the pocket money my father gave me. There was a time he was shocked to see that I had saved quite a healthy amount. Then he doubled it and opened a savings account for me in one of the banks in town. After I started working I saved from my monthly salary. With these savings I had enough capital to go full flight into business. I used to go to South Africa and buy goods in bulk and sold them to Indians. Through this business, my financial position improved so much. I even started helping my father run the house smoothly.

Tell me about the initiative you are involved in:

It started with what I saw at Queen Elizabeth Central Hospital (QECH) in 2009. A certain lady had given birth to a baby and dumped it there. I saw how beautiful the baby was though it was innocently subjected to torture. I asked myself: how many innocent children out there are suffering because of such type of behaviours? So I made a decision to use the little money I made to reach out to them. I started buying second hand clothes, and sometimes took my own childrenâ€™s clothes, and gave them to the needy children. Two years later, I started an NGO, called Friends for Life, with the help of two volunteers Demmie Shumba and Brave Chatama. Then I started supporting the girls in 17 villages around my village in rural Machinjiri. I do not want to see a girl unable to attain education because of fees.

I am interested in girls because most girls in my village grow up in environments that hardly give them the courage and spirit to grow into productive citizens. At the age of fourteen, they are mostly encouraged to do domestic work. During my childhood most girls were forced to get married in order to relieve their parentsâ€™ poverty. I was lucky to grow up in that village but had parents that helped me realise my goal. This practice is still there in my village. I want such girls to get educated. Currently I support 14 girls and three boys with scholarships in secondary schools. The scholarships cater for their fees, upkeep, and anything that relates to their education. I asked the village heads to let me help one girl from their village that are already in secondary school. But three villages had no girl in secondary school. So I opted to help the three boys who were struggling with fees instead. What I want is that they should grow up, help their families, and help build our nation.

What about their tertiary education, are you planning on helping them further?

My vision is to help them with their tertiary education as well. It is just unfortunate that I cannot do it alone. I need well wishers to help me. 70 percent of funding comes from my pocket, which is not easy. Out of the five days that I work in my business ventures, I dedicate a single day sourcing funds and resources from well-wishers.

Do you interact with these students you are helping?

Once in every month we go to these villages to work with communities. There is a school called MAPAZ where we meet these students during holiday. Apart from them we give counseling and motivational talks to girls at the same school. We start with the under-fives. We sensitise them on different issues and what the society expects from them. We talk to the older ones who are between seven and 18 on the disadvantages of dropping out of school, early marriages, HIV and Aids, among others. This is because we saw that girls as young as 12 were still being married off, as long as they have reached puberty.

What has been the reaction of the villagers you are helping?

They have been very supportive to the point that one of them has given us land in one of the villages so that we build an office or a shelter. We can now stop using MAPAZ School. I am also grateful to authorities from this school for letting us use the place freely. The villages have formed committees that are trying to help us build the place. Some are going to mould bricks, others will bring timber, and others will bring their masonry skills, among others. Nevertheless, the challenge is on finding funds to buy finishing materials. Currently, we are approaching hardware shops and other shops to help us. I am grateful that most of them are willing to donate materials.

Tell us about your immediate family

I have two boys and one girl. I first got married in 1982 but my husband died. He left me with one child. It was tough but God gave me another man. I then got married again in 1988 and I have two children with him. Unfortunately, we got divorced in 2007.

How has been your lifeâ€™s journey after this?

After the divorce, life became tough. But I soldiered on with business and God showed me the way. You see the challenge we face as women in business is that most men are not comfortable with us. They have this perception that most of us engage in all sorts of promiscuous behaviour; dishonesty; shady dealings, and stuff like those. This really affects you and the performance of the business. But I thank God that after the divorce I picked myself up, and with the help of my children, life went on. My business is still going strong and my children can agree that we are not rich but are financially comfortable.

What has been your driving force?

My children: they are always there for me in good and bad times. They are my healing song. Besides that as devout Catholic, I thank God for giving me the courage and the spirit to believe in myself.

What do you feel about women empowerment?

We still have a big challenge. Most women are still struggling because men are still not comfortable to see a woman quickly climbing the social ladder to be a Chief Executive Officer or a business mogul. They are yet to accept that a woman, just like a man, can also do it. We need to still work on this perception.

What is your lifeâ€™s philosophy?

I believe that God gave each one of us a talent. The duty of humanity is to make sure that we help each other to unleash it and not kill it.

Who is your idol?

Any African woman who is able to help somebodyâ€™s child from the bottom of her heart without expecting something in return.

Retracing the life of Deborah, a courageous leader

Deborah – a woman of influence and a wife to Mr Lapidoth. Virtuous woman, remember proverbs 31:23 which reads â€˜her husband is known at the gatesâ€™? One cannot read the Bible nor hear the story of Deborah without mentioning Mr Lapidoth. How has your character affected the description of your husband? I pray may your husband be positively known because of who you are.

Now, let me come back to our story. Judges 4:1 mentions one particular incident that is worth highlighting even as we begin to understand the environment in which Deborah was ushered in. The Bible says when Ehud the former judge was dead. The children of Israel again did evil in the sight of the Lord. In other words, the absence of a judge always brought about a chaotic period in Israelâ€™s history. This was a typical picture of the spoilt children from Israel â€“ very quick to backslide from their God when all is well in their lives and start doing evil in his sight, e.g. worshipping idols etc. I pray we will not be like that. May we not be â€˜anthu oyiwala msangaâ€™, the â€˜out of sight, out of mind mentalityâ€™ people. But to always remember who our Deliverer is, and what we have been saved from!

This was indeed a very difficult time – a time of anarchy, where everybody was free to do what they wanted, without the protection from God.

Deborahâ€™s story therefore begins by showing the disastrous consequences of breaking fellowship with God through idolatrous worship. Sin is sin, and it separates us from God â€“ full stop! And yet it is during this chaotic sinful time that God raised up a woman to be the deliverer â€“ glory to God! Woman of God, can you comprehend the power of this thought? It speaks volumes of how God looks at you â€¦ and me!Â 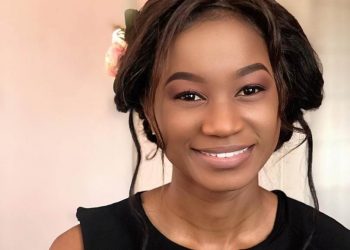