When President Lazarus Chakwera was inaugurated as Malawi’s sixth President, he promised to clear the rubble of corruption.

“The ruining of national treasures of both nature and State is a sin of my generation that I am bound by God to confess and bound by you to correct,” said the former charismatic Christian preacher.

But things have not been that simple. The first Cabinet the President appointed last year was described as nepotistic as it comprised couples and siblings. Reports of appointment of his daughter to a diplomatic post in Brussels this year appeared to confirm fears of nepotism, before Chakwera refuted the news during an interview with the BBC recently.

This week, the story has taken another turn. A Cabinet minister, a close ally and President of one of the parties in the Tonse Alliance and a key presidential aide were all arrested and charged by the Anti-Corruption Bureau (ACB). The three are accused of attempting to influence officials at a State-owned oil company, facilitating bribes on behalf of four foreign firms that were seeking contracts for supply of fuel to the company.

Chakwera sacked his chief adviser of strategy and manifesto implementation Chris Chaima Banda and the Minister of Energy Newton Kambala.

Alliance for Democracy (Aford) president Enock Chihana, who was also arrested, was left wondering how to navigate his relationship with the President going forward.

This was not the first time Chakwera took such an action. In April, he fired Minister of Labour Ken Kandodo for allegedly misusing Covid-19 funds. And last week, the President fired another presidential aide Martin Thom, following revelations that he ‘smuggled’ a Bill to Parliament that could have seen the country borrow K93 billion from an Indian bank, without the knowledge and approval of Cabinet.

As Henry Chingaipe, a prominent political analyst, told the columnist this week, the arrests of those in corridors of power suggest the President may be finally living up to his commitment to empower investigating and prosecuting agencies to conduct their work independently, but it will all depend on “whether the charges will stick”.

As Malawians would tell you, fighting corruption has been a long-time dream. But things are not always in black and white. For all Chakwera’s faults, it has never been in doubt that he means well for the country. And politics being such treacherous terrain, his brave stance against powerful, corrupt forces means he is likely to face a serious backlash.

Fighting corruption at the top also means disenfranchising friends who may undermine your administration. If Chakwera wanted any further evidence of this, the scenes at ACB offices on Tuesday offered a clear answer.

A whole bus and pick-ups full of UTM Party and Aford supporters gathered at ACB offices, chanting anti-Chakwera songs. After realising what a terrible mistake the sight sent to the public on the party’s commitment to the fight against corruption, and hugely to the social media outrage that followed, UTM Party ordered its supporters out of ACB’s premises and that no supporter or official should be visiting Bureau or court in party regalia.

But the message had been sent. In some quarters, particularly within the Tonse Alliance, the anti-corruption drive has potential to upset some powerful forces. Aford supporters, however, had no one wise enough to tell them off.

But all that should not worry Chakwera because Malawians are mature enough to tell a genuine corruption drive from a witch-hunt.

The jury is still out on whether the recent spate of arrests is not just another episode of catch-and-release which ends in unsuccessful prosecution, but the fact that even close aides of the President have been arrested, means the President must be given the benefit of doubt that his anti-corruption drive is genuine. Hopefully, the ACB and police should operate independently.

The good thing with a genuine fight against corruption is not only justice, but also the fact that it will stop a leaking bucket, with the resources diverted to national development projects that make meaningful impact on the people. It’s how Bingu won our hearts in his trailblazing first term. Fighting corruption is a clear vote winner. 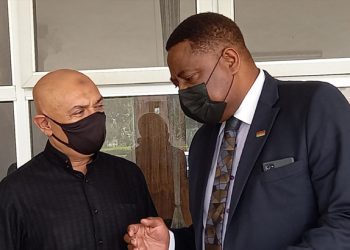