Malawi hosts the sixth International Conference of the Pan African Fish and Fisheries Association (PAFFA) in Mangochi from September  23-28. The meeting comes at a time the issue of dwindling fish resources has become a concern as overfishing, habitat degradation coupled with climate change are hitting communities that rely on fish for survival hard. In this interview, our correspondent CHARLES MKOKA caught up with Lilongwe University of Agriculture and Natural Resources (Luanar) director of the African Centre of Excellence in Fisheries and Aquaculture, who is also the coordinator of NEPAD/SANBio Fish Node, Professor Emmanuel Kaunda to explain the role of fish to remedy the challenges that continue to rock the fisheries sector.

What is the sixth International Conference of the Pan African Fish and Fisheries Association (PAFFA) all about?

PAFFA is an international gathering that brings together scientists from all over the world, to facilitate access and sharing of the growing body of scientific knowledge being realised from the vast research done or being done on the continent. The first of such meetings took place in 1993 in Dakar, Senegal; the second in Grahamstown, South Africa in 1998; the third in Cotonou, Benin in 2003,  the fourth in Addis Ababa, Ethiopia in 2008, the fifth in Bujumbura, Burundi in 2013, and the sixth is now going to be hosted in Malawi. The PAFFA conferences are held with support mainly from the Royal Museum for Central Africa in Belgium and other supporters across the world. Malawi has taken advantage to use the occasion to launch three important documents. The Aquaculture Value Chain Project Report supported by GIZ, the National Aquaculture and Fisheries Research Agenda and the National Aquaculture and Fisheries Communication Strategy. The latter two documents were developed with support from USAid’s Fish project.

The meeting is being held on the theme African fish and fisheries: Diversity, conservation and sustainable management. Why is that so?

The overall theme of the conference will focus on four main subthemes fish systematics, biodiversity research and data management; biology, ecology and behavior; aquatic resources conservation and management and fish and food security in the 21st Century in Africa. In short, the theme is trying to focus on all elements that are concerned about the management of the current fish resources in the sector to ensure that the future generations also benefit from them. Like it is well known that currently the fisheries sector is under threat due to extensive mismanagement, hence a pertinent need for a holistic and proactive approach to the conservation of the sector.

Who are the participants to this meeting and what value are they bringing to foster fisheries conservation both at regional and continental level?

We have received over 250 registration applications from participants across the world. In terms of countries, the participants have been drawn from 33 countries from the five regions of the world. Just to mention a few, we have participants from China, Germany, Democratic Republic of Congo, Brazil, Belgium, United States of America, Kenya and Nigeria just to mention a few. Notwithstanding, we have high level scientists from Southern African Development Community [Sadc] countries and the World Fish who will be in attendance at the conference. These scientists bring to the conference a large pool of knowledge on key issues that can redress the current challenges being faced in the sector, as well as proven case studies and strategies that have been successfully implemented in other countries for possible adoption and adaption by other countries. Sadc secretariat will also be in attendance to provide policy guidance.

As for Malawi, what is the current state of fisheries resources in the face of a changing climate?

The fishery of Lake Malombe represents an interesting case study regarding issues of environmental degradation and climate change. The lake has witnessed some of the most devastating changes in landings and species composition. The Chambo and Kambuzi fisheries have crashed and landings have continued to decline with less than 4 000 tonnes annually from a maximum of 12 000 tonnes in the 1980s.  The major reasons behind this decline include excessive fishing effort, high non-compliance, catchment and habitat degradation and impacts of climate change. As one is able to see, the existing conditions have negatively affected fish and agricultural production around the lake resulting into food and economic insecurity for surrounding communities.  Climate change has resulted into increased variability in rainfall that has caused floods and droughts.

Do you see Malawi reversing the declining trends in fish species number, especially the Chambo?

The potential for the current decline in Chambo to be reversed is there and can indeed be achieved. We have several international organizations such that we have partnerships with the Malawi Government through the Fisheries Department and are investing in several programmes and projects in the lakes of Malawi to address the declining levels of Chambo.

Lastly, what role are regional institutions playing to ensure the fish industry remains relevant and continues to support populations that rely on it for food and nutritional security?

Sadc is very supportive of member states activities by providing harmonised Sadc Fisheries Protocal and developing a regional strategy. In fact, Sadc has formally recognised the Regional Aquaculture Transformation Training Programme which was conceived at Luanar in 2017 with support from SANBIo-Biofisa programme. Sadc secretariat is supporting this conference by supporting the attendance of participants from member states. The Sadc secretariat will also be in attendance. n

Tame your tongues or pay through the nose 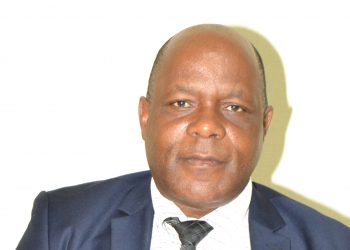 Tame your tongues or pay through the nose