‘College of Medicine for meaningful research’

College of Medicine (CoM) says it is keen on research and wants to conduct ground-breaking studies that have an impact on Malawians and people across the globe.

CoM principal Dr. Mwapatsa Mipando made the remarks yesterday during a press briefing ahead of CoM 2017 Research Dissemination Conference set for November 24 and 25 at the college.

“Apart from training healthcare workers such as pharmacists, surgeons, doctors and physiotherapists who are making a difference out there, the college is also doing ground-breaking research that is relevant to Malawi, but recognised globally. As a college, we want to be excellent not only in teaching, but also in research,” he said.

Giving an overview of the conference, a member of the organising committee, Professor Rob Moodie, said there are a number of activities that have been lined up for the event, including open days and science cafés.

In her remarks, CoM research support centre director Dr. Cecilia Maliwichi Nyirenda said the college is expected to spend about K16 million during the activity which is touted to be the biggest the college has ever had.

Some of the research studies to be showcased include: health issues affecting aging; the relationship between salt intake and hypertension in Malawi and how best to use low-cost technologies to prevent transmission of malaria.

This will be the college’s 21st research dissemination conference since its establishment 26 years ago. n 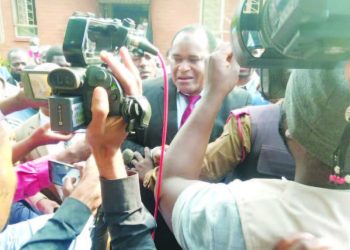