Community to drag contractor to court

During a meeting held at Manguzi Lodge, Mpata Health Centre Management Committee chairperson Joseph Mwasongwe hailed CHRR, saying the community tried to make follow-ups on the project through the district council but failed.

“Now we feel justice will be done. The situation has compromised health service delivery as there is only one room for outpatients, antiretroviral therapy and delivery services,” he said.

CHRR project coordinator Modester Ramundi said her organisation felt obliged to empower the community to demand health rights from duty-bearers as stipulated in the Abuja Declaration that African countries should set aside 15 percent of the national budget towards health budget.

“We saw the gap that was there in terms of privacy for ART patients and expectant mothers. So, we thought of engaging an extra gear after fruitless efforts of knocking on the [door of the] district health office officials,” she said.

Ramundi said she was glad that CHRR legal team had filed a case against the contractor.

In an interview, Principal Secretary in the Ministry of Health Dan Namarika said government would soon start working on all abandoned projects, including those in Karonga. CHRR’s governance project is funded by Oxfam through Irish Aid. 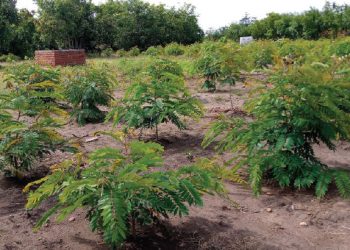