They say everyone is equal before the law and, indeed, those who commit crimes get arrested, and are formally charged and sentenced.

But when lesser crimes are fetching stiffer sentences than serious ones, law experts say it is time the country’s Penal Code was reviewed. An example of the Penal Code irony is prescribing a maximum 14 years imprisonment for theft of a goat when a kidnapper only gets a maximum of seven years in jail.

Another puzzle on sentencing for similar cases was in 2017 when the Rumphi Magistrate’s Court gave Peter Chautala Msiska, 25, five years for defiling a 12-year-old girl, but for a similar offence, the Mzuzu Senior Resident Magistrate’s Court slapped Vitumbiko Twea with a 20-year jail term.

Maximum jail term for defilement, which is contrary to Section 138 (1) of the Penal Code, is 14 years with hard labour.

In 2009, Steven Monjeza and Tiwonge Chimbalanga, a gay couple, were arrested shortly after the media wrote about their chinkhoswe (engagement ceremony). They were denied bail and sentenced to serve 14 years each in jail for performing “unnatural acts and gross indecency”.

They were   rescued by a presidential pardon following direct intervention of former UN chief Ban ki-Moon who made an impromptu visit to Malawi, to plead for their release.

In contrast, self-proclaimed sex cleanser Eric Aniva, who in 2017 confessed to having slept with over 100 women and girls while fully aware that he was HIV positive got only 24 months in jail.

“In principle, similar offences should fetch sentences within a similar range, but it must be noted that not all offences, although of the same kind, are committed in exactly a similar fashion.

“Secondly, the court looks at the offender, then it also considers factors such as the interest of society. That is the broader approach that the judicial officers will use to determine the length of a sentence for a particular crime committed.

“That is why we cannot have exactly similar length of sentences, but we cannot rule out errors by judicial officers. That is why sentences from the lower courts are supposed to be confirmed by the High Court,” he said.

But   lawyer Justin Dzonzi questioned the rationale of having a Penal Code that sends a convict for theft of a goat to 14 years imprisonment while someone who kidnaps or abducts a person gets a lighter sentence.

Dzonzi, who is also commissioner of the Malawi Human Rights Commission (MHRC), said such sentencing patterns, unwarranted disparity and unproportionality in passing judgement are due to an outdated Penal Code which was passed down from the British colonial masters and quotes fines in British pounds—a legal tender phased out in Malawi in 1971.

“Every offence carries a maximum sentence,” said Dzonzi. “In Malawi an offence such as stealing a bicycle carries a tougher sentence than an offence  such as plunder of public resources,  including money laundering. It is 14 years for someone who steals a bicycle and about 10 for money laundering even if millions are involved.  The problem is with our laws, not the courts. It is the Penal Code that needs to be reviewed.”

Centre for Human Rights Education Advice and Assistance (Chreaa) programmes manager Chikondi Chijozi, whose organisation has been contending some sections of the Penal Code, agrees that the document has many flaws.

“The Penal Code in its current state is not relevant to the current socio-political environment. That is why we challenged rogue and vagabond clause in court because the laws are prone to abuse by law enforcers,” Chijozi said.

While the Law Commission admits this as a long standing problem, it says a review of the Penal Code is, however, not part of the [commission’s] 2018 work plan.

“The Law Commission recognises that this has been a long standing complaint in relation to the criminal justice system. It is for that reason that the commission started a programme on the development of legislation on sentencing guidelines.

“A report on the same should be published before June 2018. As Law Commission, we believe the proposed legislation on sentencing guidelines that is attached to the report will, if adopted and enacted into law, address the issue of inconsistency in sentencing,” Liabunya said in an e-mailed response on Thursday.

She also indicated that there were efforts being taken to remove some demeaning words used in the Penal Code.

Argued Liabunya:  “On the issue of lesser crimes fetching stiffer penalties, this has to be recognised and understood within context. Such offences were mostly adopted at a time when the dynamics of society and the experience of life generally were substantially different from current conditions.

“This includes the perceived value of particular property and the frequency of occurrence of an offence as at the time of adoption of such offences and penalties.

“Offences and penalties were thus designed to respond decisively to the issues that were challenging the society as at that time. With the passage of time and inevitable changes in the experience and psychology of society, a logic that would hold in the 1960s could appear absurd by present standards and experience. Nonetheless, various stakeholders within the criminal justice system are designing and adopting strategies with the aim of addressing this concern.”

Private practice lawyer Jai Banda said in a telephone interview on Wednesday that, in its current status, the Penal Code short-changes the poor.

“The sentences in the Penal Code are very old and needs to be updated. But what makes the problem more serious is the fact that most people who commit smaller offences such as stealing goats or bicycles are poor and, therefore, cannot afford legal representation. As a result, they get longer sentences as compared to those that commit more serious crimes but they are represented,” he said. n 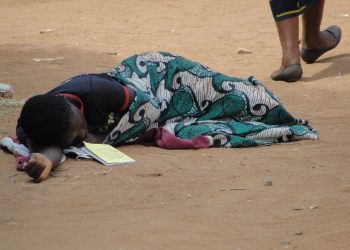