by Golden Matonga
in Political Uncensored, Editors Pick
4 min read
0
Share on FacebookShare on TwitterShare on WhatsAppShare on LinkedinLinkedinShare via Email

But the good news is that a new commission is here—notwithstanding the continued presence of two members from the discredited previous cohort.

However, the new commission has already started settling people’s nerves about its credibility.

Well, folks, it’s been a fast moving political week. First, President Peter Mutharika made history by addressing Parliament using audio feed and unleashed a barrage of threats to anyone who may be propagating the idea that his office may fall vacant if the country fails to hold elections by the court-installed July 2 deadline.

In that memorable address, the fifth occupant for the umpteenth time laid bare his disgust over the two judgments that nullified his re-election and asked the House—which he disingenuously described as superior to the Judiciary—reverse the consequential court orders.

Soon, we saw bills putting the President’s actions into motion—a bill to reverse the interpretation of 50 percent +1 as definition of majority when electing a president conjoined with setting a proposed new date for the elections.

But before Mutharika could make his move, the opposition hijacked the process and quickly tabled a resolution requiring just a simple majority to pass—setting a new date for the elections.

The government side, as expected, cried foul and reacted by introducing the constitutional amendment—requiring a two-thirds agreement and a presidential assent—setting then date for the elections but a bit treacherously, reversing  the 50 percent +1 requirement at the same time.

The opposition, knowing the tricks the ruling party is capable of, voted down the amendment and Clerk of Parliament wrote MEC chairperson, and without wasting time waiting for cues from DPP, the electoral commission gazetted the dates for the new election.

Surprisingly, out of the blues, as Mutharika breathed fury and fire, chastising the noble judges, left, right and centre, one of the most senior and highly respected judges turned the screws on his fellow judges, taking to Facebook to trash aspects of the February 3 2020 judgment.

While Justice Dunstan Mwaungulu has been silent to the attacks on his fellow judges—like all judges have and ought to—he was quick to congratulate Mutharika’s appointment of new MEC commissioners despite the President, once again, showing the Judiciary a middle finger by re-appointing two commissioners who were part of a commission declared incompetent by both the Supreme Court and Constitutional Court.

But Mwaungulu turning a blind eye to that fact has been fully explained—actually, the learned judge, as his take down went, believes the two courts—comprising 12 of his peers—erred by declaring the commissioners incompetent. But whether Mwaungulu has any valid points or not is beside the point.

By speaking out, and surely the judge could have easily foresaw this, he rendered, whether deliberately or unwittingly, support to the attacks on his colleagues.

And he did so while fully aware of code of ethics that stops judges from making comments about cases which they have not presided over. Mwaungulu defended his opinion as scholarly and healthy.

He also told his Facebook followers that he can afford to say all this because he is on his way to retirement.

Yet we know that as a sitting judge Mwaungulu can still preside over disputes that may arise from the current political turmoil and who would be comfortable to have a judge who appears to take a side in the political battle going on in the country? n

Denial has a price 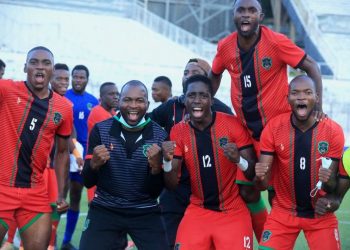 Denial has a price