In a letter dated August 20 2018 and signed by Human Rights Defenders Coalition (HRDC) chairperson Timothy Mtambo and his deputy Gift Trapence, the activists have included the governing Democratic Progressive Party (DPP) in their lobby. 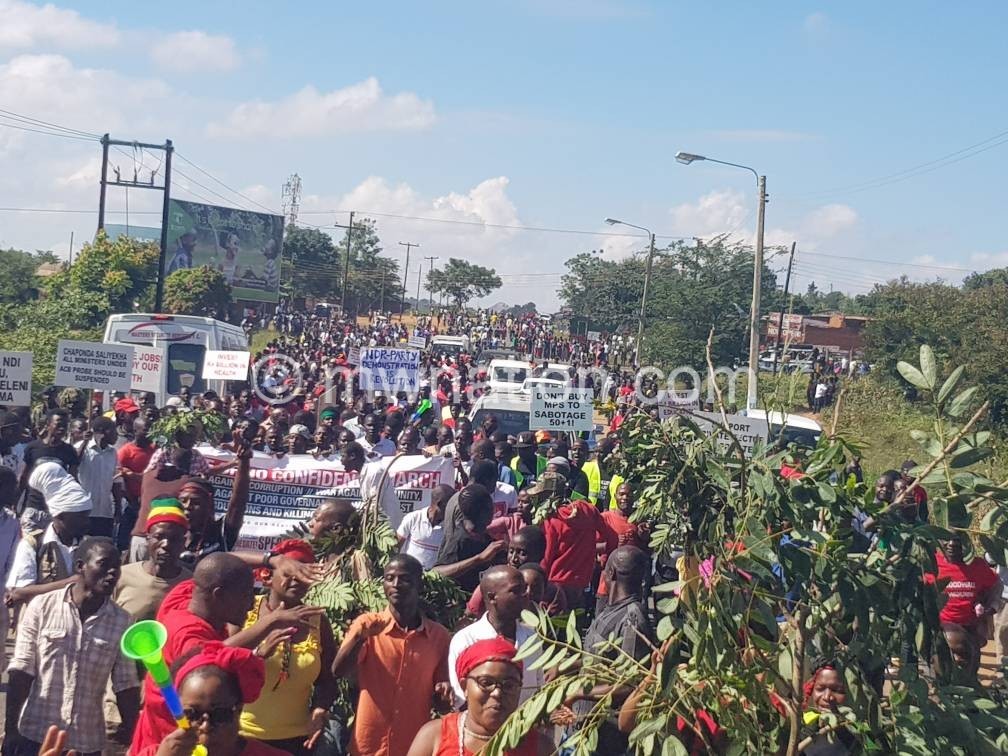 In the letter, HRDC says that among the issues to be raised in the upcoming demonstration is government’s failure to address worsening corruption in the country.

Reads the letter in part: “Secondly, we have noted wanton abuse of statutory corporations as evidenced by theft of fuel worth K1.9 billion at Electricity Supply Corporation of Malawi [Escom] under the watch of government. The development has paralysed the effectiveness and efficiency of the institution.

“Among the new demands we will be making is the call for Anti-Corruption Bureau director-general Reyneck Matemba’s resignation, immediate suspension of the con-tract for the supply of gensets and an immediate stop of nepotism in government appointments…”

HRDC has organised the protests after expressing reservations with the Executive’s response to its 10-point petition delivered during the April 27 2018 demonstrations. The grouping rated government’s response at 10 percent.

In the April 27 petition, the HRDC demanded that President Peter Mutharika should cancel the appointment of Rodney Jose as Inspector General of Police and wanted the Electoral Reforms Bills to be re-tabled in Parliament in their original form as recommended by the Law Commission.

They also demanded cancellation of the K4 billion payout to parliamentarians, resignations or firing of Cabinet ministers Goodall Gondwe (Finance and Economic Planning) and Kondwani Nakhumwa (Local Government and Rural Development) for their role in the payout, and for the Anti-Corruption Bureau to investigate the payout.

Government responded to the petition on July 19 2018 by refusing to give in to most of the CSOs’ demands.

In a related development, PAC members are today expected to discuss and come up with a position on the demonstrations.

On the CSOs’ demand for government to re-table in Parliament the Electoral Reforms Bills in their original forms, government, in its response said the demand undermined constitutional order and democratic system since various players take different roles in the legislative process.

Capital Hill also argued that it would be ‘absurd’ to expect Cabinet to adopt Law Commission recommendations wholesale and present them as government Bills to Parliament without scrutiny.

On the controversial K4 billion payout to legislators, Chief Secretary in the Office of the President and Cabinet Lloyd Muhara, who signed the response, rebuffed the CSOs’ request for government to cancel the fund, telling them to present their concerns to Speaker of the National Assembly because the money was duly approved by Parliament.