Since she married in 2013, the 35-year-old woman has been drawing drinking water from Rivirivi and Shire rivers.

Every day, Lipenga had to leave home by 4am to fill her buckets around 10am.

“I used to lose energy and almost six hours collecting water,” she says. “Balancing a 40-litre bucket on the head weighed me down.”

The United Nations (UN) reports that a Malawian women typically spends 54 minutes to collect water although everyone has to accesses vital services within a 30-minute round trip, according to Sustainable Development Goal (SDG) six to ensure universal access to safe and affordable drinking water by 2030.

The water source located outside Lipenga’s village turned women into beasts of burden. After the long search for water, they were expected to do household and farm chores. Some suffered gender-based violence (GBV) by husbands suspecting them of promiscuity.

“After filling the buckets, I usually went to the garden around 11am when my husband had done much of the day’s work. He would fume and beat me for late coming,” recalls the mother of four.

The beatings continued at home when lunch delayed.

She explains: “Like our mothers, girls endured long walks to collect water. The hours spent to draw water for home use made us report late for classes or be absent. This put girls at risk of dropping out as well as early pregnancies and marriages.”

Not anymore. Chisoni Village now has six safe water points, thanks to  Oxfam and Women’s Legal Resource Centre (Wolrec). The two have been working together to end violence against women and girls in Phimbi area since 2019.

Loyce Harawa,  Wolrec district project officer in Balaka, says: “Water is life, but these communities were denied the right to water. The hours spent to get water made women fail to do household chores and income-generating activities on time, which put them at the receiving end of GBV as men accused their wives of cheating,” she says.

For Lipenga, having safe water near her home has brought peace in her family.

“I have more time to manage my home well, take care of my children and make money,” says the woman who now sells fritters.

Previously, Lipenga was banned by her husband from doing business. To start her business, she obtained a soft loan of K20 000 from Wolrec.

Looking back, she says: “We were stuck in poverty because my husband’s income alone was too little to meet even basic needs.”

Duniya Banda, who sells zitenje (wrappers) and shoes, had no say over the money and crop harvests.

“We both toiled to produce maize and other crops, but my husband spent the earnings single-handedly,” she says.

Activist Alex Chiphathi, from Phimbi Community Action Group, says the project has enlightened men to join the fight against GBV, including economic abuse.

He says: “Husbands now understand that economic empowerment of women is important in eliminating poverty in their households.

“Most of them trust women to manage household finances for sustainable development.Some women own assets and their families no longer starve.” he says.

“More women are economically active,” he says. “Addressing gender inequality has empowered women to be agents of positive change.”

“We are pleased that people have realised their roles to help women and girls be proactive citizens. The community-led implementation assures us of sustainability as the project will phase out in 2022,” she says.

Balaka district gender officer Scholastica Datchi says the project complements their efforts to have a liberated environment in Balaka. 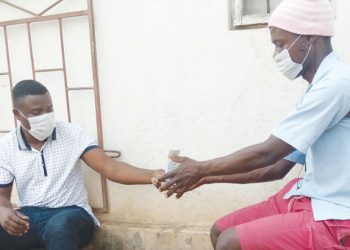