Musicians Tay Grin and Dan Lu, who were the entertainment face of the DPP-UDF alliance during the just-ended fresh presidential election campaign, have spoken out after the loss of the alliance they were rooting for.

In separate statements, the artists said it is now time to move forward and concentrate on doing music.

Dan Lu said now that the campaign period is over and new leadership ushered in, it is time to launch his music career once again.

“I am going to start my new journey with a song titled Everything Happens For a Reason. This song drops tomorrow [today],” he said.

“I am happy for the role I played during the campaign period. I am grateful for the chance I got to contribute to the DPP-UDF alliance during campaign,” said the artist.

On his part, hip hop artist Tay Grin, real name Limbani Kalilani, said he wants to remind his followers that political differences do not mean hate or dislike.

“What will always define us as Malawians is the love we show others,” he said.

Tay Grin added that he was happy to have actively taken part in the bid for presidency under the DPP-UDF alliance.

He too indicated that he will be back in the studio immediately.

The two artists have since congratulated the Tonse Alliance for winning the elections. 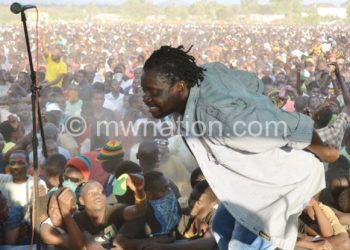