The project to costruct a new Dedza Border Post has stalled five years after its launch.

Spot checks at the project site established that the project was launched in September 2014 as part of improving the border post infrastructure programme. However, on the ground there is no activity.

Tamandani Nalasi, a businessperson, said the situation could help some people to smuggle goods in and out of the country.

“We fear some unscrupulous people who use uncharted routes can take advantage of the border post to engage in illegal businesses,” he said.

“Our offices are small that sometimes members of staff stay outside,” he said.

“The company failed to start work due to financial constraints as Malawi Government just promised to fund us,” said construction manager Huang Yao.

He said when the company asked Malawi Revenue Authority (MRA) for the funds, the public tax collector said the money was allocated in 2014 national budget. 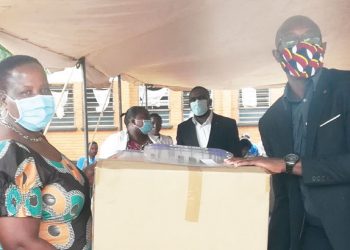