Despite the cost of borrowing money being a little bit softer, a Reserve Bank of Malawi (RBM) report has shown a declining trend in credit uptake by businesses.

Malawi Confederation of Chambers of Commerce and Industry (MCCCI) and Bankers Association of Malawi (BAM) have blamed this scenario on continued power cuts which have reduced industrial productivity. 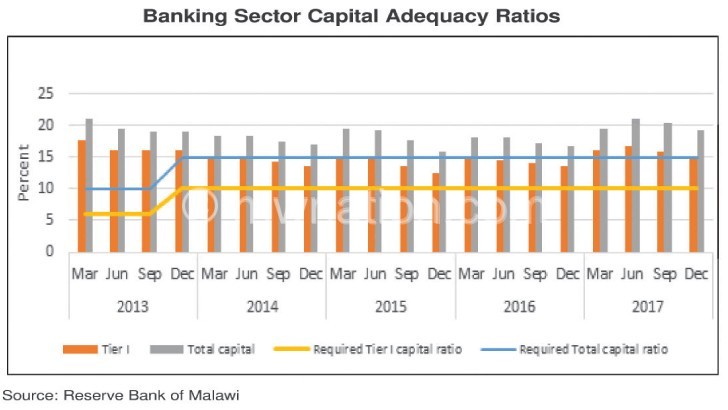 The Financial Institutions Supervision Annual Report indicates that in spite of most banks portraying a satisfactory performance in the review period, credit pressures continued to be an issue largely due weak demand for credit and cautious credit policies being implemented by banks.

MCCCI president Prince Kapondamgaga said in a written response on Tuesday that the results are a true reflection of the performance of the businesses which have been operating below their potential production capacity.

He said: “Businesses have since last year been struggling to operate due to energy challenges the country is facing and this was worse in 2017 than other previous years; hence, slowing down their interest to borrow.”

Kapondamgaga said some businesses were also experiencing credit crunch in 2017 as the RBM engaged in continuous open market operations by issuing bonds or treasury bills as part of domestic resource mobilisation due to under performance of government revenue collection as well as declining performance of grants and budget support.

He said government’s intervention in the open market crowded out private sector borrowing for investments.

Since December last  year, RBM has kept the policy rate—rate at which banks borrow from the central as lender of last resort—at 16 percent, stirring excitement among businesses, but this has failed to trigger credit growth.

But Kapondamgaga says though the authorities have tamed inflation, currently at 8.9 percent, as well as interest rates at between 23 and 25 percent, the policy intervention alone is not enough to trigger effective demand or appetite for credit.

He said: “We need a package of complementary or supplementary policy interventions for a conducive enabling environment for improved business performance.”

“As long as we continue with the power blackouts, productivity is not going to be there and this will trickle down to how much we lend to people. The slowdown in credit uptake is not good news to the economy or the banks,” he said.

Guta, who is Nedbank Malawi managing director, said what is happening across the border, particularly in South Africa, whose economy is losing steam, could also have an effect on the local economy.

Benefits of joining a professional body

Benefits of joining a professional body