Dhanaraj Thakur of Alliance for Affordable Internet notes that there are two factors that determine whether Internet access is affordable, namely: the amount of data and the cost for purchasing that level of access.  Internet is considered affordable when 1 Gigabyte (GB) of unbundled mobile data costs 2 percent or less of average monthly national income. Unbundled data means data that is not restricted to a specific app or social media service.

This means that Internet remains unaffordable for a majority of Malawians, and studies reveal that even though there has been improvement on Internet access, from 9.6 percent in 2016 to 13.1 percent in 2018, studies also reveal that the Internet speed in the country is getting worse, against the global average.

In 2015, the BBC reported on International Telecommunications Union (ITU) findings, which established the extent of internet cost in Malawi. The report shows that on average Malawians use more than $12 (about K8 760) a month on mobile phones, the primary means of accessing the Internet. The report indicated that [at the time] the $12 was more than half of what an ordinary Malawian earned in a month. Minimum wage was at K15 000.

Freedom House’s Freedom on the Net 2018 report reveals that Malawians have to pay up 44 percent in tax in order to access the Internet. The tax is broken down into the following: a 17.5 percent VAT [value added tax] on mobile phones and services; a 16.5 percent VAT on Internet services; and an additional 10 percent excise duty on mobile phone text messages and Internet data transfers, introduced in 2015. The report reveals that as of March 2018, a monthly data bundle for 10GB costs $22 (about K16 000) with both Airtel and TNM.

The report also reveals that for the few users who can afford the Internet, “connection speeds are frustratingly slow and have decreased to an average of 1.3 Mbps in 2017 from 1.7 Mbps a year prior, compared to a global average of 7.0 Mbps.” The slowing speeds have coincided with rising costs due to poor infrastructure management and lack of investment.

Perhaps inevitable, the report argues that the high costs of the internet have hit the Malawi’s poor the hardest—“shutting them out of an increasingly digital world of important services like mobile banking and money services that could help lift them out of poverty, as well as access to essential communications platforms.”

OSISA/ Wits University report on political economy of new media technologies in Malawi observes that there is a clear need for Malawi government to reduce taxes for ICT products so as to enhance universal access and make the Internet affordable. The report states that “considering the harsh economic climate of Malawi and the already exorbitant costs of ICT services as a result of a poor electrical infrastructure and landlocked geography, regulatory taxes present an unwelcome addition to rising costs.”

The report makes it clear that regulatory and policy frameworks, as well as government taxes are largely responsible for the high tariff rates on mobile phones and SMs. It is then not surprising that majority of Malawians are priced out of the Internet. The amount of VAT the government is getting from the industry indicates that Malawi government is mainly interested in making money—through taxes and operating licences while ignoring the benefits of the Internet to the socioeconomic development of the country and its people. n

The series of articles are made paossible by support from the DW Akademie. For more information visit http://malawi.misa.org. 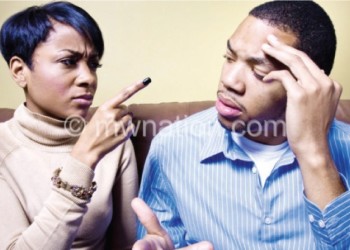