Malawi national football team, the Flames, on Saturday hit another low after putting up a terrible showing in Casablanca, Morocco, where they were humbled 3-0 by hosts, Atlas Lions, in a 2019 Afcon Group B qualifier.

Morocco are ranked 46 by Fifa, against Malawi’s position 123, and it was obvious that the Flames were not favourites in this encounter.

But the manner in which they lost the plot is what has caused anger and frustration back home, among those who followed the proceedings from Casablanca from several live streaming Internet channels.

The Flames conceded the first goal from a blunder which could have circumstances. been forgiven in other

Hakim Ziyech pounced on a poor back pass deep in the midfield and zig-zagged through Flames defenders, including the captain, Limbikani Mzamva, who could only manage to chase the Ajax attacking midfielder, before he squeezed the ball in between goalkeeper Charles Swini’s legs.

If the first goal was painful, the second must have been excruciating like a stab in the heart.

The defenders were left raising their hands up in protest like Standard One pupils seeking their teacher’s attention, after Youssef En-Nesyri cleanly beat the trap and tapped in from close-range.

The third goal, which came in the 78th minute, was betrayal at its best by Flames’ defenders.

Right-back Stanley Sanudi miscalculated his sliding tackle on Youssef Ait Bennasser, allowing the France-based striker to cut it back into the box.

Three defenders—Mzava, Dennis Chembezi, Precious Sambani and midfielders John Banda and Alfred Manyozo—were all in the box, but they failed to stop En-Nesyri from taking a weak shot at goal.

Normally, you expected Swini to save the situation, but the Mozambique-based goalkeeper only watched as the ball rolled through his underside. 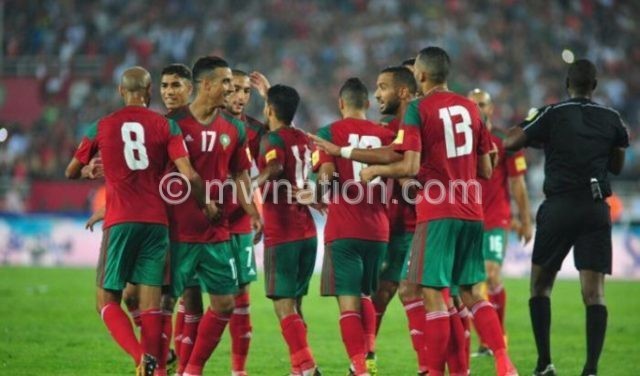 He turned to face his own goal and tied to crawl but only managed to fumble and bumble as the ball crossed the line.

Morocco have since moved to second position with three points, replacing Malawi while Cameroon lead the group with four points, after a draw against The Comoros earlier.

I took someone’s man, but found out he is broke