In its February 15 2015 edition, Nation on Sunday had a screaming headline: ‘K100bn hotel project in limbo’. The main headline was supported by sub-headlines proclaiming that land dispute had jolted investor and that the company was consulting on the way forward.

This was one of the depressing headlines every patriotic Malawian should hate to read. They are not inspiring at all.

Reading the story, the project in question is the multi-billion kwacha resort investment by Portuguese construction conglomerate Mota-Engil wants to undertake in Monkey Bay, Mangochi, in partnership with the Malawi Government under the public private partnership (PPP) concept.

From the project outline, the investment is touted as a world class tourist attraction comprising a five-star hotel, an airport, hospitality training school and an 18-hole golf course in Traditional Authority (T/A) Nankumba’s area.

Prior to the developments in Monkey Bay where the investor is “still consulting other stakeholders” on the way forward, we learnt how Japan Tobacco International (JTI) Malawi Limited relocated its cigarette manufacturing plant initially meant for Malawi to Egypt, Sudan and Belgium. Reason? Bureaucracy or red tape. In their wisdom, some investment officers in the Ministry of Industry and Trade were still consulting on their application from 2010 up to 2013.

By all standards, that did not demonstrate traits of a country seeking to attract foreign direct investment (FDI).

It is good to learn that we now have a one-stop investment centre at the Malawi Trade and Investment Centre (Mitc) where prospective investors would be assisted under one roof, ideally cutting down on red tape.

I would implore on authorities to ensure that officers assigned to the one-stop investment centre should be fully aware of the cost their decisions and actions to prospective investors can have on the economy at large.

Take the Monkey Bay world class tourist resort project, for example. This is a project that, if implemented, would transform the entire Monkey Bay area in particular and Malawi’s tourism sector in general.

In the construction phase, the project is likely going to offer jobs to locals—both skilled and unskilled—and afterwards create thousands of jobs at the golf course, in the hotel and all. Given the magnitude of the project, naturally there will be middle and senior managers working for the hotel and associated structures who would want decent accommodation, surely locals and other institutions would want to invest in houses.

Besides, some would work as domestic workers as well as the working community providing a bigger market for produce farmers and fishers from around Monkey Bay and beyond.

Politics can also not be ruled out in the reported land dispute in the Monkey Bay project. If I were a politician or person of influence from around Monkey Bay and beyond, I would embark on a civic education drive on the long-term benefits of such projects and engage “warring” sides to strike a compromise on the same.

Lessons to be drawn from the two projects—the aborted JTI cigarette manufacturing plant and the ongoing Mota-Engil hotel project—are that as a country, we are in competition with others on the planet for FDI. We cannot afford to add land disputes to our already frustrating list of poor business climate indicators of unreliable power and water supply, poor infrastructure and red-tape.

Investors usually speak like diplomats who would tell you to “go to hell” in a manner that would make you smile. It is in this regard that I would urge President Peter Mutharika and his team to take the “we are still consulting” remarks seriously and engage the investor as well as other relevant stakeholders to resolve the differences.

By the way, where was the one-stop investment centre in this transaction?

It is time to do away with disincentives to investment and attract more investment if our economy is to grow. 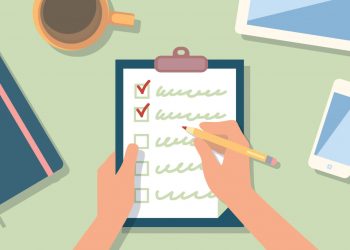