Do not try to be somebody else

After the demise of the reggae legend, Bob Marley, a reporter approached Marley’s former band mate, Peter Tosh, and asked him if he thought he would be the second Bob Marley. “No,” he replied, “I will be the first Peter Tosh.”

If it had been somebody else, he might have been tempted to jump at the suggestion and try to act out Bob Marley, thinking that it would propel him to some limelight. He did not fall for that, but decided that he would just be himself and not the copy of another.

Many people try to act out somebody else, throwing away their own identity. They probably fail to appreciate that they are unique, meaning that there is nobody else in the universe like them. They do not understand that being unique, they will introduce a unique touch to whatever they handle as nobody else will handle it in the exact same manner. Why not take pride in being you?

The best person you can ever be is you. You just need to discover ways of making the most of who you can be and what you can offer to the world, which nobody else will be able to offer in the same way. There is a role in this world which you and you alone will play properly. By trying to be somebody else, many people have missed their roles. They have instead gone ahead to play other people’s roles, which has resulted in double tragedy as they have not played such roles well enough and at the same time their rightful roles have been left unfulfilled.

American evangelist, Joyce Meyer, said: “The only person who will catch up with you wherever you go is you,” or words to that effect. You cannot run away from you. The best you can do is accept yourself, like yourself and be the best that you can ever be.

In 1961, American President John Kennedy announced his ambitious vision that within a decade, America would put man on the moon and return him safely to earth. Sometime after this announcement, the president toured the Nasa facility just to appreciate the level of preparedness among the workers there for the huge task of sending humans to the moon.

While touring the facility, the president met a janitor who was mopping the floor. He (the president, that is) quickly introduced himself and asked the janitor what he was doing at Nasa, to which he replied: “I’m helping put a man on the moon”. He had the opportunity to tell the first citizen how miserable his working conditions, perhaps, were, or how nobody appreciated what he did at Nasa but he refrained from doing that.

This janitor knew that he was not Neil Armstrong or Buzz Aldrin but that he nevertheless played some role, no matter how insignificant, in the programme of sending men to the moon. The scientists, the astronauts, the mathematicians, the engineers and other professionals needed to hold their meetings in a clean environment to forge ahead with their mission of sending humans to the moon. The janitor played the role ensuring a clean environment at Nasa and so indeed helped “put a man on the moon.” He was, probably, the best person at that moment to play that role, better than the Neil Armstrongs of this world.

Kamuzu Banda used to say: “If you are a cook, be the best cook that can ever be. If you are sweeper, likewise, be the best sweeper than can ever be.” The tragedy is that sweepers loathe being sweepers and wish they were accountants or lawyers instead. There, surely, is nothing wrong in aspiring to become what you are not, but until that time comes, be what you are now.

It is not an offence to have role models and to aspire to be like them. We all do well to learn from others and to even imitate some aspects of what they do. What is wrong is to cease to be yourself and attempt to become somebody else.

Dear reader, you need to embark on a self-improvement programme so that you can realise your full potential.

Unruly drivers must face the law 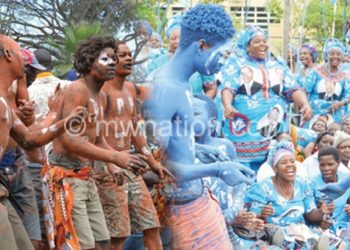 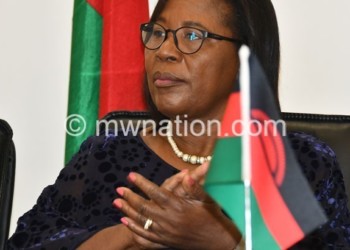