Both 2Pac and Notorious BIG were killed by unknown assailants—2Pac in 1996 and his rival, BIG, in 1997—in circumstances linked to the rivalry. The two hip-hop heavyweights set a precedent in the genre such that ‘beef—a rivalry between competing artists, usually within the same genre—has become the hallmark of hip-hop.

At the dawn of this millennium, Malawian urban music had its own dish of beef between Annie Matumbi and the Mad Character Crew. And since the close of the last decade until now, Tay Grin has been engaged in various wars of the mic with Fredokiss, Jolly Bro, Lomwe and Nameless.

The South Africa hip-hop scene has had its share of beef, particularly between Cassper Nyovest and A.K.A. but the two recently buried the hatchet.

At a press conference held at Ryall’s Hotel in Blantyre ahead of his show at College of Medicine last week, Cassper Nyovest said the genre is not a game of egos.

He added that as hip-hop is rooted in poetry and free expression, themes addressed are sometimes misinterpreted or taken out of context.

“For example, the “N” word was such a powerful racist word but hip-hop diluted it such that when you use it, it means friend, buddy or something like that. So, it’s how one interprets it,” he said.

In an interview with Society on Wednesday, Fredokiss described beef as positive competition that brings out the best out of artists, while making those who are sloppy go back to the drawing board.

“Beef is a daring game which eventually sharpens one’s skills. The better musician gets respect at the end of the day; the weaker one gets a chance to improve on their skills. So it is a win-win situation,” he said.

He said in advanced industries, the phenomena has financial bearing since artists sells more when the beef is relevant and exciting.

“Beef should be looked at in the context of a battle where two mcees are battling with skills using microphones and not guns or knives. It even includes dancing; Ka Jive is a good example of organised beef or battle with a financial reward,” said Fredokiss.

He, however, cautioned that that there are limits to everything and said beef should not get too personal but should end on the stage or in the studio.

“Tea is good with sugar but too much of it is dangerous. Hip-hop does not incite violence; it’s those that misunderstand it that engage in violence. Even religion incites violence when doctrines are misunderstood,” said Fredokiss.

Qabaniso Malewezi, producer of hip-hop music, who goes by the moniker Q, says beef is not the nature of hip-hop but says that egocentric and competitive lyrics usually result in beef as rappers try to outshine each other.

But the poet and producer warned that too much of egocentric lyrics can end up destroying one’s career.

“Some artists will make everything be about them and will not bother to articulate other issues,” said Q.

But he said for others, hip-hop is a mission of bringing awareness, consciousness and self-awareness.

He also said that the principle of beef is manifested everywhere in society.

“In our daily interactions, in workplaces and on political podiums there is always beef. Why should it become problematic to tackle the issue in hip-hop when it is being manifested all around us by everyone? Maybe we need to deal with the root causes, our insecurity and jealousy as a people,” said Q. n

Volunteerism is alive in Malawi 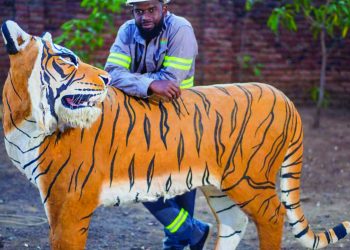