by Steve Chilundu
in Front Page, National News
4 min read
0
Share on FacebookShare on TwitterShare on WhatsAppShare on LinkedinLinkedinShare via Email

Donors have challenged the Malawi Government to partner with the private sector to achieve a comprehensive revival of the country’s transport sector.

The appeal follows the launch in 2018 of a 20-year National Transport Master Plan (NTMP) that seeks to, among other things, guide government in the implementation of projects to shift from over-reliance on road transport to rail and inland water transport sectors.

Chakwera on tour of neighbouring countries

The donors, including the African Development Bank (AfDB), Japanese International Cooperation Agency (Jica), the European Union (EU), the World Bank and Britain’s Department for International Development (DfID) put across their proposal in Lilongwe yesterday during the 10th Review of the Joint Sector Review of the Transport Sector for 2017/18.

Making the case on behalf of the donors, AfDB officer-in-charge in Malawi Eyerusalem Fasika said development partners are aware that for government to achieve the implementation of the plan huge amounts of resources are required.

Said Fasika: “We would like to emphasise the need for government to partner with the private sector to ensure sustainable financing across all transport modes, ranging from provision of transport services to provision of infrastructure and maintenance.

“We believe that with right incentives, the private sector should be able to effectively participate in the sector. We specifically urge government to work with development partners to leverage private sector financing through risk guarantee financial instrument.”

The advice from donors comes at a time the major contributor to road infrastructure development, the EU, has changed focus to microprojects rehabilitating roads in rural areas.

The tip-off also comes against a background of government self-financing several road projects, including the eight-kilometre Parliament Roundabout-Bingu National Stadium dual carriageway in Lilongwe with a K7 billion bond from NBS Bank through the Roads Fund Administration (RFA).

While acknowledging strides in the ongoing institutional and legislative reforms in rail, waterways and air transport sub-sectors which government is undertaking, the donors have also urged government to continue identifying bottlenecks and opportunities to make transportation more affordable, safe and efficient to the citizenry and the sub-region.

Ministry of Transport and Public Infrastructure Principal Secretary Francis Chinsinga said the transport sector continues to face drawbacks such as delays in approval of various legislations, vandalism, trespassing and theft of rail infrastructure, encroachment of rail and road reserve boundaries, high rate of road accidents due to over speeding and drink-driving.

He said Malawi is ready to shift from over reliance on road transport to embrace revitalisation of rail and inland water transport to cut costs.

Malawi Confederation of Chambers of Commerce and Industry (MCCCI) head of real sector and macroeconomic policy Hope Chavula said the private sector is ready to support government in resource mobilisation for the implementation of the master plan to achieve the shift to alternative modes of transport.

He said: “The water and rail transport sectors are cheaper modes of transport and they are very convenient for businesses. We need to start investing in these neglected areas. ”

During yesterday’s meeting, immediate past MCCCI president Karl Chokhotho cautioned government to also look at the production side when revamping the rail and inland water transport, arguing that currently Malawi has low produce that can be transported in the transport networks.

He said the country’s produce such as tobacco, cotton and legumes have been reducing.

Projects in the masterplan plan are projected to cost $9.5 billion (about K7 trillion) spread across road, rail and water sectors. n 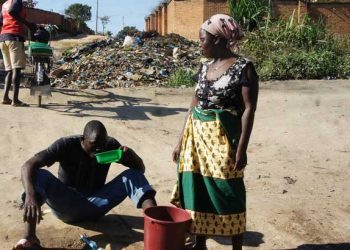 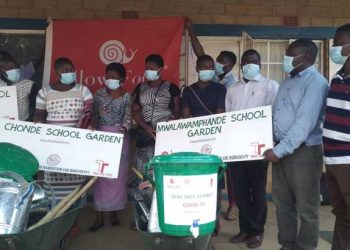 Chakwera on tour of neighbouring countries