Don’t we need more incidents of blackouts in the House?

Court Clerk: (As the judge enters the courtroom) All rise! (The judge assumes his seat). The court is now in session, so we expect total silence.

Judge Mbadwa: The court once again welcomes Mr Jonah Kapita of the Disgruntled Association of Consumers. Mr Kapita, are you here to ask the court to act on government’s indifference to the enacting of the Electoral Reforms Bills? I am aware that the political discourse these days has moved towards electoral reforms. Is this the reason you seek the indulgence of the court?

Mr Kapita: My Lord, the reform part of the political agenda is being very well taken care of by a pack of faith groups, but I am here specifically because we, consumers, feel that the People’s Demagogic Party administration has literally taken us back to the dark ages.

Look my Lord, why should this court be meeting in a room that is dimly lit by candles? Isn’t that akin to demeaning the dignity and integrity of you My Lord, presiding judge?

Instead of rationing food, this government is rationing blackouts to the majority of the people who are already subjected to more darkness because it is only a paltry 10 percent of the population that is connected to electricity grid.

My Lord, this government is insulting the modesty of women by forcing them to sleep at maize mills as they wait for power to mill their maize. The PDP government is also forcing women to keep unkempt hair because saloons cannot operate without electricity.

We are creating a nation of shabbily dressed people with creased shirts, dresses and suits thanks to the wise and dynamic leadership of Mapuya.

Barbershops have closed so have some butcheries and diaries. We have resorted to eating rotten food and the stench coming from food that has gone bad makes shopping a horrible experience.

Mbadwa: I note that you have a litany of complaints, but who should, in this case be the subject of legal liability; PDP government or the Electricity Supply Corporation of Nyasaland?

Kapita: Well it is the PDP government of course which is failing to provide foresight leadership and has failed miserably to manage the crisis. I was surprised Members of Parliament were raising hell when the House was plunged into darkness. My Lord, we want Escon to institute a permanent loadshedding exercise at Parliament building and at State House to enable the authorities to act with speed on the challenge we have at our hands.

My Lord, we have noticed that the authorities like to act when somebody exerts a lot of pressure on them. Perhaps the blackout at Mapuya’s residence will jolt him into some real action and we are not talking about buying generators here.

If it is indeed dropping levels of the lake, hasn’t he a team of young ‘hand clappers’ and praise singers called cadets who can be put to better use through the initiative of harvesting water? My Lord, the court should order Mr Blackout to act on State residences and Parliament building.

Mbadwa: This court has no choice but to order Mr Blackout to engage his ugly switches to ration blackout to State residences and the House until the problem of power outages eases out.  After all, nobody cares about the welfare of MPs, Cabinet ministers and Mapuya who fail to priotise on matters affecting the ordinary Malawian.

During this time, use of generators will be strictly prohibited by the court’s order.

Court Clerk: All rise as the judge leaves the chamber.

Let there be demos, but… 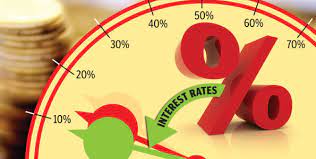