‘DPP cadets wanted to be beat me up’

On Monday, January 8 2017, councillors in Mzuzu City re-elected People’s Party (PP) member William Fyopo Mkandawire as mayor. He defeated Democratic Progressive Party (DPP) member Yona Mkandaiwre by 31 to 3 votes. This did not go well with DPP youth cadets, who accused Mzuzu City legislator Leonard Njikho (DPP) of sabotaging the ruling party’s candidate. They bayed for his blood and Njikho had to be whisked away by police from the Grand Palace Hotel where the elections took place. Our Mzuzu Bureau Supervisor JOSEPH MWALE caught up with NJIKHO to get details of what happened.

You were whisked away by police from the place where the mayoral elections were taking place. Tell us what happened?

It’s sad, because I as a Member of Parliament [MP] is one of the people that are mandated to vote in the mayoral elections, I went to Grand Palace Hotel for the election of the mayor. We voted for the mayor, unfortunately, our candidate lost and we went into deputy mayor elections and soon after voting for the deputy mayor I received an invitation from a police officer who took me to his supervisor. When I went to the supervisor, he advised me that they had received information that the youth cadets for my party, DPP, were planning to beat me up when I get out of the hall.

At first, I did not believe them, because I did not see any reason why my own party supporters could plan to beat me up.  So, I went back and sat down and then another well-wisher came and told me that there was speculation that when I would be going out, DPP cadets will beat me up and I still did not understand the reason why. But when then a third person came, and lucky enough as this was about to happen, three police officers showed up and surrounded me so that I get protection.

After the voting of the deputy mayor, people started going out, but I was advised by the police not to go out, so I remained in the hall until everybody had left. Then the police people took me through another door to where they had parked their vehicle at the main entrance of the hotel. They instructed me to get into their vehicle, but as I was getting into their vehicle, a swarm of the youth cadets, our own DPP boys and girls, in their uniforms, followed the vehicle.

The driver was commanded to start off the vehicle quickly. As he started off, these boys and girls started beating the police vehicle, and some of them started pelting the vehicle with stones. I do not know where they got the stones. Lucky enough the driver sped very fast.

Q2Have you gathered why the cadets targeted you?

Not yet, but it is unfortunate because if this is the kind of behaviour that will be taking place in the party, then we are still behind in democracy because in democracy people need to associate and exercise their rights.

As an MP and as a member of the party, I had the duty to advise senior officials in the party. I had to do some kind of research and investigation right here in Mzuzu regarding the choice of the person that could be a mayor. I gave them the advice and it looks like they took my advice, but a few days to the elections, the candidate we had chosen was replaced. I expressed my reservations because I knew the choice of the people on the ground, I think that is what has landed me into trouble.

The cadets thought I was against the candidate the party wanted, but I was not against him because what I wanted was the party to follow the will of the people on the ground. Even our candidate himself [Yona Mkandawire] he told them in the face to say no, ‘I cannot win this election.’

When they called to tell us who should be the candidate, Mkandawire honestly told us that he cannot win because he had also done his research, but senior party officials insisted. So today, they are blaming me, yet I have not done anything wrong. I was trying to put the party in the picture on what is happening on the ground.

Q3But some circles in DPP alleged that you did not vote for Yona Mkandawire and this is the reason why they wanted to beat you up?

No! I cannot tell you who I voted for, because that was a secret ballot. But I think this is their feeling because they might have thought I was bitter with the candidate they had picked. But to be honest, what I was telling them was the truth because I live here with the people

Who did you want to stand, is it councillor Judith Chiume of Msongwe ward?

No, I have not mentioned any name, but all I am saying is that I had advised my seniors in the party about the people’s choice. I feel I am innocent on this matter because I think I did the right thing to my party.

So what next for you now, are you going to leave the DPP?

Some of the problems that are in the party are something that I cannot talk about in the media. I am just hoping that the party will come up with a sober solution to all this.

Q6Are beatings, threats the face of DPP in the North?

I will be very open here, I do not mind what they hear. I think the problem here is with our regional governor and our director of youth. They think their duty as regional governor and director of youth is to control and impose what to do on people. You know I am a member of the party, if they feel that somewhere I am not doing the right thing, why can’t they sit down and discuss issues with me? Why should they plan to kill me instead of talking to me so that as a family we come up with a solution together? Why can’t they hear my part? n 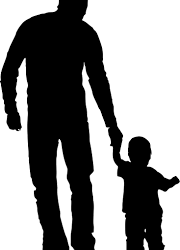