by Malawi News Agency
in Editors Pick, National News
1 min read
0
Share on FacebookShare on TwitterShare on WhatsAppShare on LinkedinLinkedinShare via Email

Democratic Progressive Party (DPP) says it wants its primary elections to be conducted in a peaceful environment.

DPP vice-president for the Southern Region Kondwani Nankhumwa has since warned that the party will disqualify any candidate who perpetrates violence in the run-up to the primary elections. 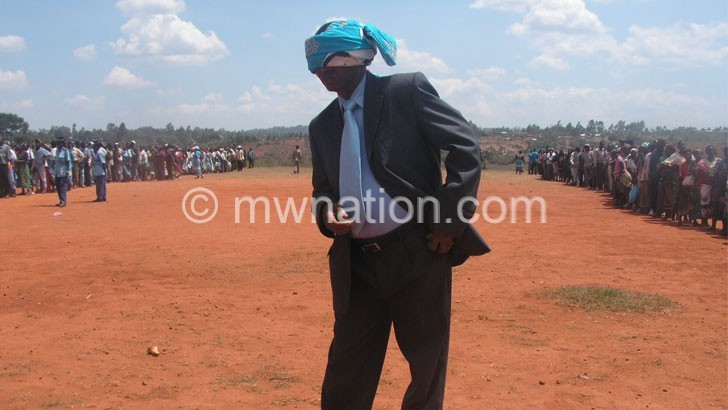 Speaking in Mulanje Bale Constituency yesterday as he continued his whistle-stop tours aimed at mobilising the party’s supporters to register for the 2019 Tripartite Elections, Nankhumwa said the constituency is highly volatile; hence, aspiring candidates should avoid inciting violence during the campaign.

He said: “In previous elections, we have had ugly scenes of violence. We do not want to experience the same in this political season. Let us not make politics a game of blood.”

In his remarks, DPP regional governor for the South Charles Mchacha said primary elections were just a process of identifying the party’s representative; hence, no need for people to shed blood.

A few weeks ago, opposition Malawi Congress Party primary elections in Dedza were marred by violence in which some people sustained injuries.

Meanwhile, the DPP leaders have expressed satisfaction with the high turnout in the in the fifth phase of the voter registration exercise.