Amid power outages that have subdued economic growth, the Reserve Bank of Malawi (RBM) says the country’s economy is expected to sustain momentum this year but not as much as in 2017.

“Growth in 2018 will largely be underpinned by growth in the non-agricultural sector, particularly the service sector,” said RBM Governor Dalitso Kabambe in his keynote speech at Institute of Bankers (IOB) Third Annual Conference in Mangochi last week. 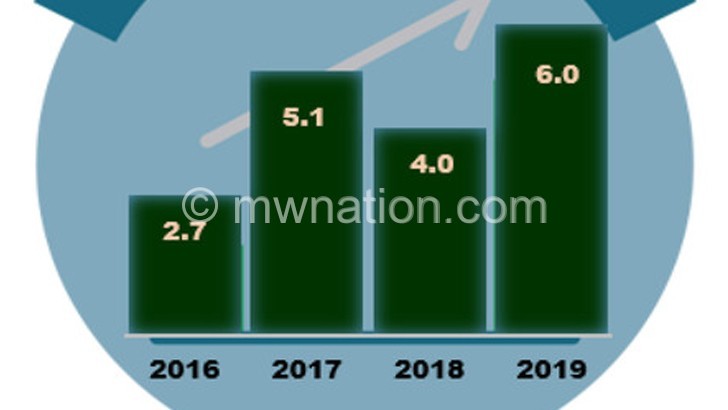 The governor is also banking hopes on a “fairly accommodative fiscal policy” which will anchor this growth in the medium-term. This means that fiscal authorities are expected to contain domestic borrowing to avoid crowding out the private sector, thereby spiking inflation and interest rates.

With inflation rate at nine percent as of July this year, Kabambe said inflationary pressures, though

slightly elevated were broadly contained in the first half (January to June), as inflation rate remained in single digits.

But he warns that risks to inflation outlook remain, largely due to rising global oil prices, upward adjustments in utility tariffs, and rising food prices following a drop in agricultural output last season.

Last month, Malawi Energy Regulatory Authority (Mera) raised the pump price of fuel by an average of eight percent, the first time since November 2016 due to the changes in the landed cost of the product.

Water boards and Electricity Supply Corporation of Malawi (Escom) have also raised their tariffs, and at the same time, prices of maize, which as part of food, has 45.2 percent weight in the Consumer Price Index (CPI) influences inflation movement have been rising.

These could put pressure on inflation going forward coupled with the expected 68 percent hike in electricity tariffs.

In his speech at the conference, IoB chairperson Eric Ouattara said this year’s theme Financial Sector Synergies: A Catalyst for Financial Inclusion, was chosen considering that financial inclusion is a global challenge and that each country has to tackle it to ensure that people that are economically active are financially included.

“Further, the theme was chosen in realisation that we need to focus on different actors in the value chain,” he said.

“Government has invested, with World Bank support, in financial market infrastructure to improve financial inclusion. The National Switch and the technology hub for financial cooperatives and micro-finance institution are two examples,” he said.

A recent survey shows that 29 percent of adult Malawians are accessing informal financial services compared to 17 percent in 2013.