In July 2018, 35-year-old Edith Amin-Kankhulungo found herself at the inaugural Obama Leaders Africa Conference in Johannesburg, South Africa where she was able to learn from some of the world’s movers and shakers.

The conference, which brought together 200 rising leaders from 44 countries, was aimed at inspiring, connecting and working with emerging leaders in Africa, to explore new ways and take on the biggest challenges in their communities and bring about change. 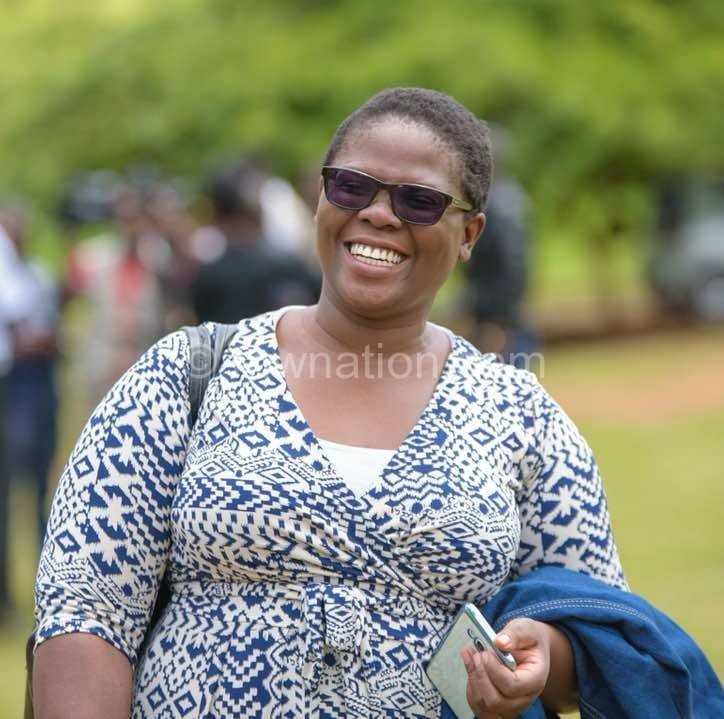 It was largely because of the work she does at Age Africa, a non-governmental organisation (NGO) that empowers underprivileged and disadvantaged Malawian girls, that she found herself at the conference.

Over 90 percent of girls supported by Age Africa go on to finish education, delay pregnancy and marriage, in a country where girls’ school dropout rate is rampant.

“Ninety percent of the girls that we support at Age Africa complete secondary education, and delay early marriage and pregnancy. They finish secondary education empowered with leadership and decision-making skills, assertiveness and confidence to help them achieve their goals beyond secondary education. This is done through life skills clubs established in schools,” she explains.

Girls in the life skills clubs, which they call ‘chats’, meet once a week, and the sessions are facilitated by the girls themselves. They discuss issues affecting them and how they can creatively solve the problems, with assistance from duty-bearers.

“At Age Africa, we encourage discussion but we emphasise on taking action against all forms of barriers that will affect girls and boys alike,” she says.

However, she faces a number of challenges in her work with girls, including that behaviour change is gradual and slow, and that sometimes the girls themselves have not been firm of the changes they want in their lives.

“How does one explain getting a comprehensive scholarship, equipped with life and livelihood skills, exposed to role models, having peer mentors and enhanced community engagement but still drop out of school due to early pregnancy and early marriage? This is the reason research should be encouraged in this field,” she says.

Apart from that, she bemoans the lack of collaboration among organisations that are working in girls’ empowerment.

“Most players in the field love to work by themselves, each one in their own silos and this breeds duplication of duties instead of working together to reach a wider population of young ones. Many girls drop out of school due to early pregnancies, early marriages, poverty and many other problems. We cannot win the battle if each one of us works alone. Malawi can achieve so much more with collaboration and working together for the sake of Malawian youths, specifically girls who are lagging behind,” she says.

Another challenge is lack of research in the field, which would inform programming and interventions in girl’s education.

There have been overplayed barriers to girls’ education while anecdotal evidence suggests otherwise.

“The lack of research in this area is bringing about trial and error programmes which may not be as helpful and sustainable for the young women. There is need to invest more in understanding barriers to girls’ education,” she adds.

Amin-Kankhulungo maintains that the Obama Africa Leadership Conference was a reminder that young people are not leaders of tomorrow, but now, which calls for the need to redesign the table and not accept the way things are.

“I got reminded that this is the generation to transform Africa and the need to go beyond self-gratification and to remember that we carry the dreams and aspirations of other people and with that in mind, one can never steal from or oppress their own people,” she says.

Amin-Kankhulungo said her grandmother constantly told her that without education she would become a witch, arguing that education gets people what they need, and they would not have to be jealous or envious of other people’s success, and that encouraged her to put education first.

Now, apart from her Bachelor of Education from the Catholic University of Malawi (Cunima), she is pursuing a master of arts in health and behaviour change communication at the Malawi Polytechnic.

The mother of two sons, who is married to Joster Kankhulungo, says she was lucky to have been surrounded by people who valued education—whether they were educated themselves or not—and that compelled her to keep on upgrading her education and not settle for what she had accomplished.

“I realise that some girls are not as lucky as I was—being surrounded by women who valued education. So, even in my job, I always support and encourage other people to aspire for more and push beyond their comfort zone and realise their full potential,” she says.

The inspirational, friendly and hard working woman with a passion for girls went to Bwaila Primary School in Zomba and later attended Our Lady of Lourdes Girls Secondary School in Mangochi.

She then proceeded to Domasi College of Education where she trained as an English and History teacher.

“I taught English literature and History at St. Mary’s Secondary School in Zomba for three years before I went back to school,” says Amin-Kankhulungo, who graduated from Cunima in 2010.

Second-born in a family of three, Edith was born at Likuni Mission Hospital in Lilongwe on February 23 1983, and has two brothers—Franz and Rambo.

Highlighting the insightful lessons she got from the interactive sessions with Obama, regarding what can be done to bring about change, she says: “As young people we just have to look at a specific problem in our communities and be clear on how we want to solve it. At times we focus on too many problems and we lose track and focus on what we should be addressing.

“As we work on specific problems, there is need to do a power analysis on who or what authority to target for the problem to be solved. A power analysis will go a long way in developing strategies and entry points for finding solutions to the problem,” she argues.

MPs for review of tax incentives to multinationals