If you can read this, thank a teacher. No one can become an engineer, lawyer, statistician or medical doctor without some education, not just schooling.

The importance of a more effective, responsive and results-oriented education system for all needs no overemphasis. 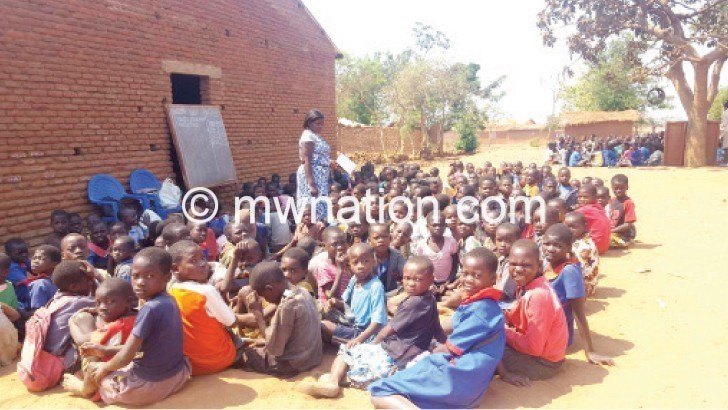 In Malawi, the introduction of free primary education in 1994 marked a fundamental policy shift in the basic education sector since the restoration of the multiparty era 25 years ago.

According to officials figures below, enrolment of early childhood development (ECD) centres has increased by  1 194 percent from 1996 to 2009.

The education sector continues to be haunted with shortages. A single permanent classroom sits 121 pupils while a qualified teacher serves about 77 learners.

Net enrolment has exponentially increased at all levels from pre-school to universities partly due to increased involvement of the private sector.

However, the funds are not adequate to address the myriad challenges slowing the sector.

For example, the transition rates to secondary and tertiary education is at 41 percent and 32 percent, respectively.

Rural schools are poorly resourced and unable to provide quality education to the majority of the population.

These inequities are clear even during selection to public universities.

This unjustifiable rural-urban divide traps the rural masses in poverty.   There is need for affirmative action to address such inequalities.

CDSSs could have their quota for admission into the public universities coupled with provision of bridging courses to such students.

Malawi has low literacy levels. According to World Bank, about 62 percent of Malawians aged 15 and above can read and write.

These harsh realities demonstrate that embellished policies and laws do not improve education outcomes without political will to show anticipated results on the ground.

The country must unequivocally shift from sheer political rhetoric to commitment and accountability. We must implement international protocols, treaties and national policies that we commit to.

While education enjoys 17 percent of the 2018/19 National Budget being debated in Parliament, the development budget investment remains low and shortage of infrastructure will continue.

This shows that the nation has not learnt anything from a substandard classroom which killed four pupils  and injured 53 at Nantchengwa Primary School in Zomba.

In the current budget, government must identify money for construction of school blocks and renovation of substandard structures.  Treasury can save over K15 billion for building classrooms by cutting highly abused allocations for Farm Input Subsidy Programme, Decent Housing Subsidy and tree-planting initiative  and maize procurement.

There is need to have a responsive government and parliament that would rise beyond politics.