by Florence Kasambara
in Editors Pick, The Big Interview
8 min read
0
Share on FacebookShare on TwitterShare on WhatsAppShare on LinkedinLinkedinShare via Email

Effie Liabunya-Somanje is the first woman to enter the journalism profession in Malawi in 1964.

This was soon af!ter independence when most people would not dare enter an occupation that got them publishing much less or speak anything about the government.

But she braved the times to become a reporter in the broadcasting industry.

Government propaganda was rife at the same time and everyone lived with a needle and wool, ready to work on their mouth should they be tempted to speak against the government.

The short drive from Blantyre town, down a road to a varied home area took me to Effie’s, after passing a small bustling makeshift market, to her beautiful home.

Smiling brightly and very hospitable, Effie narrates her journey in the media industry as the lone female journalist of her time.

Effie, soon after completing her O levels at Lilongwe Girls Secondary School, was got a job as a reporter for Malawi Broadcasting Corporation (MBC), with three others, all men.

In those days, she says looking for a job was not difficult as it was only two years after independence.

“We were learning on the job. Members of the British Broadcasting Corporation (BBC) would train us, however, MBC at the time was full of expatriates [whites]. Only in the newsroom, we had a black man, the late Aubrey Kachingwe as the head of department.

“We were field people and it was very exciting. After recruitment, they went out to write stories, but after sometime, became desk journalists working as sub-editors,” she says.

At the time, she says the corporation was building a newsroom, recruiting and traning them.

From the sub-editor, Effie moved to senior sub-editor and then editor-the only woman at a most volatile time.

“Journalism wasn’t popular then. People were afraid and the political party atmosphere pushed people away. It wasn’t easy and it was risky,” she says.

She adds that journalism was a very difficult job because people were being arrested for no reason and put in prison- an act that scared most people.

Effie says journalists they were not comfortable and only wrote ordinary stories, never going out of their way to write damaging stories.

“Maybe because we were new as a people after gaining independence,” she adds.

She doesn’t blame the late Hastings Banda, but attributes it on the hatred that people around the former president who she says were ignorant about the profession.

In the course of her work, Effie had a chance to get trained in Britain for three months.

Among other journalists from Iran, Nigeria, Pakistan and Barbados, they were all men except for one woman from Iran.

Of her experiences, she says Britain was an eye opener. There were many female journalists, but the home atmosphere did not give them the chance to write as professionals.

Told to write an impression story titled “the president is dead”, she says because of the fearful background she had, she couldn’t write it-afraid someone from home will know she wrote it and would be imprisoned.

“Because of always being afraid of how to handle news, I was also writing rubbish on the other end,” she says.

At the BBC, she was not attached to the newsroom per say, but learnt from different departments such as foreign news, local radios and trained in writing for television broadcasting.

Upon return, Effie found her director in prison. She only worked only for two years and quit.

“I had to leave. I found my files at the police,” she says.

Her friend who worked at the police station informed her she was being investigated; however, they could not find anything on her.

“I kept quiet. I couldn’t do things in a hurry and if I left immediately, they would have been more suspicious.”

She resigned due to the lack of freedom.

From 1994, she says there was a bit of flexibility, many things have changed. In those days, there were good times and bad times.

With a smile, she recalls the smart dressing of the journalists- suits she says not jeans-something to be proud of.

These days, she says journalists are writing true stories as they come, but they have also lost the dressing code.

On free journalism, she says, journalists are not really free, especially here in Malawi as politicians do not like to be exposed.

What they were doing in their time was praising, even something evil.

“Journalists become enemies of politicians they expose. This trend was everywhere,” says Effie.

She cites Reuter’s journalists who have been jailed for seven years in Myanmar for reporting mass human rights violations where the court ruled that they reported on official secrets.

She observes that during the eras of Bakili Muluzi and Bingu wa Muntharika, they had their own way of EW PAGE 7

making journalists restless, with difference of people not being put in prison.

Effie noted that these leaders are all the same-they harass journalists.

Electronic media, she says has brought freedom and is positive about having free journalism in the future because journalists today don’t care about the attitude of a certain politician, are confident and doing well.

Asked of her proudest moment or work, she said it was the period she did not give them a chance to write what they wanted.

“We were not free. It wasn’t our choice. When people went to cover parliamentary deliberations, the story would go through so many hands and by the time it came out, it would be a diluted story, losing its entire originality,” she says.

Effie adds that this lack of views affected our country, likening it to a communist country where almost nothing went out.

She says they had to listen to BBC about what was happening in Malawi as “we were closed in.”

Effie recalls the fear of wives.

In those days, she says there were some politicians who were entertaining wives.

When beaten or angry, they would go and tell stories about their husbands claiming they called the government stupid.

On opening up of airtime for all views on MBC, Effie says it doesn’t matter whether MBC breaks away from its pro-government stance or not because different media have a wide reach today and the country is making progress in information dissemination.

On schools of journalism, she says in their time, the Thomson Foundation where the British trained journalists was available, however, local training wasn’t as good as it is now.

They banked on sending people abroad, she believes for exposure as well.

She says exposure helps and there’s need for merging the two learning experiences for journalism students today. Kamuzu, she says used to say Kuphunzira ndi kuyenda, when one is exposed they don’t come back the same.

She says given a chance and a freer environment, she would have wanted to pursue journalism further, but she did not want to go to prison.

Of her childhood, Effie had a very difficult life growing up, her parents divorced. She says it was very tough. Her father divorced her mother for only giving birth to girls.

Her father managed to educate Effie and her two sisters. After secondary school, however, she didn’t go to college, though she was selected to do secretariat.

She says she did not want to go as she was making money at MBC.

Her father remarried, started getting the boys who in the end fist fought with him.

She says, however it is the girls who did well in life. Effie got married to orace Somanje (now deceased). She is a mother of four and she has five grandchildren. 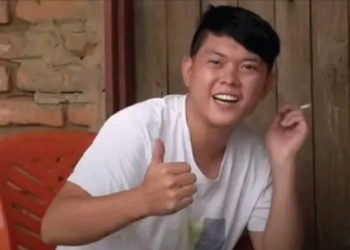