The emerging electoral system reform debate in Malawi offers a unique opportunity for policy makers to reflect and deliberate on the appropriate system for electing the country’s president. International Institute for Democracy and Electoral Assistance programme officer METTE BAKKEN writes.

With three years to the next election, now is the time for Malawi to consider the need for electoral reform.

The country’s current electoral system for presidential elections, the plurality-based First Past the Post (FPTP) system, ought to feature high on the reform agenda. But what are the alternatives?

Since the introduction of multiparty politics in Malawi, the FPTP electoral system has been used for the selection of the country’s president.

Under these rules, the candidate on the ballot who gets the most votes is duly elected. This system is used by many democratic and democratising states – such as the United States, Iceland, Mexico and Singapore as well as Cameroon, the Democratic Republic of Congo, and Rwanda on the African continent.

As with all electoral systems, the FPTP has advantages and disadvantages.

The way in which these advantages and disadvantages play out depends on the context in which it is used. However, whether the FPTP was the right system for Malawi was not really seriously considered when the system for democratically elected presidents was adopted in the 1994 Constitution. Five elections later, the way in which the FPTP interacts with the socio-political fabric and regional cleavage structures of the country is becoming increasingly visible.

Taking stock of how the FPTP system has unfolded in Malawi, it is worthwhile to note that the president-elect has only received support by a majority of the votes on two occasions—in 1999 and 2009 (see table). On two another occasions, in 2004 and 2014, the president-elect gathered only about 36 percent of the votes. That is, in the latter elections, altogether 64 percent of the voters selected other candidates and their votes were thus “wasted” (i.e. valid votes that ultimately do count towards the election of a candidate). Furthermore, the candidates coming in second have received more than 25 percent of voting support in all five elections organised since 1994 and in three of the elections; even the candidate coming in third has gathered support, above 18 percent.

While seemingly testifying to considerable political competition, which in itself is positive for the country’s democratic development, this situation also demonstrates a major drawback built into the FPTP system: as the number of viable competitors increase, the support base of the winning candidate is likely to decrease. Provided that the level of competition is sustained or even increases in the future, Malawi could possibly see presidents taking up their posts with less than 30 percent support among the voting population.

Furthermore, the FPTP system currently in place has provided candidates with an opportunity to build regional support fiefdoms. For example, given the distribution of voters in Malawi’s Northern, Central and Southern regions, the candidate capable of gathering support of the populous South is likely to win the election without necessarily having to accommodate voters located further North in the country.

So which options should Malawi consider when embarking on the electoral system reform debate? The Two-Round System (TRS), recently adopted in neighbouring Zambia, remains the most popular form for selecting presidents. TRS is used by 89 countries around the globe, according to data collected by the International Institute for Democracy and Electoral Assistance (International Idea). The major advantage of this system is that it guarantees that the elected president holds majority support among the voters. In case none of the candidates on the ballot gains 50 percent plus one vote in the first round of the election, a second round is organised where the two candidates who received the most votes challenge one another in the final vote.

To reduce the opportunity for candidates to build their candidacy on ethnic or regional divides, some countries have included additional requirements within the TRS system. In Kenya, a president-elect must gain 50percent +1 vote across the country and must also gather at least 25 percent of the votes in half of the country’s 47 counties. Similarly, in Nigeria, the additional regional distribution requirement is set to 25 percent in two-thirds of the states.

The TRS would certainly solve the representational issue currently at hand in Malawi by guaranteeing that the president-elect obtains a majority support base. However, in analysing a possible solution for Malawi, policy makers would benefit from also studying the need for including distribution requirements into the legal framework. By doing so, presidential candidates would be required to go out of their comfort zones and encouraged to develop policy platforms that attract voters outside their traditional ethnic or regional support base to obtain a regional spread of votes.

The “downside” of TRS

Looking at the vote distribution in past elections, it becomes clear that the introduction of TRS for future presidential elections is likely to yield a second round of voting. In turn, it might give rise to a new problem: increased costs of elections. Given Malawi’s current economic situation, such additional costs may not be feasible.

Any other alternatives to consider?

The TRS is the most widely used system and the electoral reform debate usually centres on the TRS-FPTP dichotomy. However, there is actually another policy option available on the electoral market: a preferential ballot. The preferential ballot provides voters with an opportunity not only to express their liking for one of the candidates, but also to give preference to two or more candidates.

Under the Supplementary Vote (SV) system, voters are asked to provide their first and second preference among the candidates. If no candidate receives a majority —50 percent+ 1 vote—of the first-preference votes, all but the two candidates with the most votes are eliminated and these ballots are re-distributed according to the second preferences. In other words, this system accomplishes what the TRS does in one round instead of two. Sri Lanka is using this system for electing its president. One slight adjustment that they have made to the system is that instead of indicating two, voters put down three preferences on the ballot.

The Alternative Vote (AV) system is another slightly more complicated version of the preferential ballot whereby voters rank order all candidates on the ballot. Here, if no candidate gets the required majority of first-preferences, the candidate with the lowest number of first-preferences is eliminated and votes cast for this candidate are redistributed among the remaining candidates according to the second preferences. The process is repeated until a majority winner emerges. AV is used to elect the president in Ireland.

The SV system increases the chances of the loser whereas the AV system guarantees a majority winner within one round of voting. Notably, it requires a ballot that allows voters to rank-order candidates. Under the SV system, however, rank-ordering does not necessarily requires numerical literacy. As demonstrated by the mayoral election ballot in London, it merely requires votes to tick off for the two candidates—one for the first-choice candidate and one for the second-choice candidate. At the same time, it must be acknowledged that, where voters are used to FPTP, preferential ballots would require substantial voter education efforts in the first elections after its introduction. Notably, a preferential system would be exceptionally cost-saving as compared to the organisation of a second round of voting.

Many considerations must weigh into the debate—adequate representation, regional-political divides, costs and voter education requirements, to mention just a few. Given different socio-political realities, there is no one-size-fit-all when selecting an electoral system. Malawi policy makers should carefully review of the different options at hand. In Malawi, policy makers ought to start out broad and evaluate the pros and cons of all available options in order to identify which system would best serve Malawi’s democratic development. 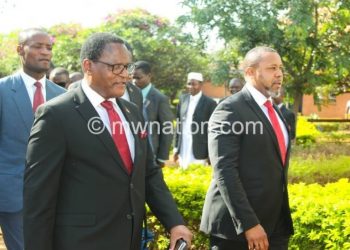