Nice Trust has had no board for a long period. The board is important for any institution because it promotes good governance. For an institution like Nice Trust, the board is important because the public has their eyes on it to make sure that the board is providing an oversight role for the organisation, especially at a time of elections. Last month, ZOLOMPHI NKOWANI was appointed Nice Trust board chairperson and he shares with our reporter SUZGO CHITETE how he intends to lead the institution. Excerpts:-

Nice Trust has been without a board, even during a critical time of elections, would you briefly share with us why the board is important in running this organisation?

The board formulates policy, provides guidance and advice, and provide oversight to Nice Trust’s activities. It also undertakes resource mobilisation that is critical to the sustenance of any organisation inclusive of Nice Trust.

As a new chairperson and indeed a former member of the board, what are some of the gaps you would like to address?

As someone who has served the past board and chair of this new board, I am aware that there are a number of critical achievements that the previous board accomplished. There were 53 board resolutions and most of them were mostly implemented except five of them.  The board will, therefore, accomplish these and also some of the partially implemented resolutions.

Critically, we will review the strategic plan that ends in December this year and develop a new strategic plan as a guiding document for Nice Trust. To operate Nice Trust needs resources, and the new board will finalise an Investment and Resource Mobilisation Policy and strategy and on this basis undertake resource mobilisation. We are, therefore, in a process of making sure that this comes to be effected and starts to be implemented so that Nice Trust becomes a self-sustaining institution.

Nice Trust is said to be an independent institution, but is largely dependent on government; financially and technically, how do you ensure that Nice’s independence is not compromised?

First, the selection of the board is done through a transparent and open system through open advertisement and having an independent selection committee using a board selection criteria as stipulated in Nice Trust Constitution. Secondly, Nice Trust periodically updates Parliament on its activities and if they are issue undermine its independence then Parliament through it’s over sight role, can hold the executive accountable. Thirdly, in order to be financially independence, Nice Trust has embarked on a diversification of resource using various approaches such as outsourcing services, undertaking financial sustainability measures, and undertaken in investment in building.  Currently, the Trust has secured land and some finances that it will use to have its own office complex and rent out extra space. It is my dream that Nice in the years to come, it will attain self-sustenance.

Tolerance is one of the pillars of democracy, therefore, peaceful co-existence and social cohesion cannot be over-emphasised.  In line with this one of Nice Trust’s result areas in its Strategic Plan 2015-2019 is enhancement of peaceful co-existence and social cohesion, as such, Nice has played its role in contributing to peace by supporting existing institutions such as the District Peace Committees in selected districts of Karonga, Mangochi and Kasungu as well as multi-party liaison committees.  Nice Trust will continue supporting these structures and above all incorporating peace building messages in all its activities, in this moment of tension.

The conduct of an election is key so is the credibility of those managing elections. There is some growing negative perception towards the management of elections in this country. With or without evidence—some voters think elections are poorly managed. As a civic education body where do you come in to ensure that there is no voter apathy due to this negative perception?

Our observation is that election management has improved in general except that in 2019, result management faced challenges and as a result there is a court case.  It has been noted that over 80 percent of administrative recommendations have been improved by Malawi Electoral Commission [MEC] and all the way within the electoral cycle approach, most stages were managed well except as I have said above the result management. Nevertheless, as Nice, I will concentrate on our strategic role, that is civic and voter education as stipulated in our mandate.

We have a list of proposed electoral reforms—suggested by the Special Law Commission. Any role that Nice Trust can do to make sure this is the agenda of the people as well and not just a few knowledgeable individuals?

Nice Trust has been active in electoral reforms. It was one of key strategic members of an electoral reform task force prior to the Special Law Commission initiative that submitted key and strategic proposals to government and tabled them in Parliament, but unfortunately they were rejected. This was unfortunate and we would not have been in the current political situation. For example, the proposal to have a 50-plus-one majority rule and having MEC to announce results within 30 days as opposed to eight days, it would have given MEC adequate time to address complaints. If the 50-plus-one was in the law, then perhaps with the outcome of results that, none of the candidates attained 50-plus-one, obviously there would have been a re-run.

Coming back to our role, we will continue undertaking public awareness on the importance of reforms and the proposed areas of reforms as reject by Parliament and new one that may be added given our 2019 experience.  Popularising some of the proposed electoral reforms will be one of the streamlined activities and as such,  Nice Trust will  do this alongside other activities as it had done prior to the tasked as performed by the special law commission.

Barking while kept on a short leash? 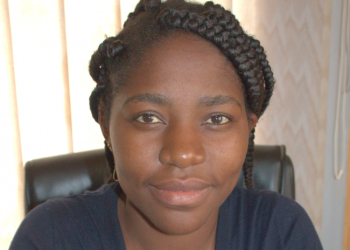 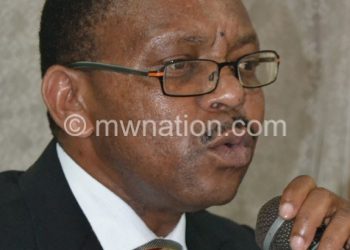