An undergraduate at Mount Holyoke College in Massachusetts, USA, 22-year-old Ellen Chilemba has done a lot at her age.

She was one of 38 Women Social Entrepreneurs who made a big impact in Africa in 2015 which earned the Lioness of Africa Award in January 2016.

Chilemba was named one of Forbes Magazine Africa’s under 30 entrepreneurs in 2015.

The major highlight of the achievements of the young woman happened two weeks ago when she was invited to present the ‘We Are Family Foundation Humanitarian Award’ to Bono of the internationally acclaimed Irish band, U2. Bono is also co-founder of the lobbying organisation Debt, Aid, Trade, Africa (Data), the ONE Campaign, the Make Poverty History movement and the Product (RED) initiative.

“After presenting the award to him, Bono handed it back to me, which was a tremendous honour,” says Chilemba.

It was during her leadership and entrepreneurship workshops at African Leadership Academy (ALA), South Africa, where she went after secondary school that Chilemba got concerned about the state of education access among women in the country and Africa in general.

“I started brainstorming with a couple of peers on ways we could contribute to better education accessibility. After graduating from ALA, I took a year off and that summer, I was home in Lilongwe. I started talking to the women of Mtsiriza community about education and business opportunities.

“Microfinance at the time seemed like the best initiative to tackle some of the challenges women were facing.  So I gathered a team of five young people between 14 and 19 years old, together we started Tiwale,” says Chilemba.

Tiwale is a youth-led community-based organisation that works with women who were forced to leave school early due to varied circumstances.

Chilemba, who started the social enterprise when she was 17, says Tiwale provides women with economic and educational opportunities, including education, micro-loans and vocational skills training which includes tie-dyeing fabric and education grants.

The community-based organisation is aimed at encouraging women to pursue their career dreams and providing platforms to attain education and economic opportunities.

It also upholds youth-leadership and youth participation in building communities across Malawi as well as changing attitudes towards poverty.

“We have also hosted pop up stores at different locations across the US,” says Chilemba,

She adds that the project has been profitable, with a large international market mostly in the US.

Chilemba says that last year, the organisation secured $2 000 (about K1.3 million) from the profits with which they bought land to build Tiwale Women’s Centre in Mtsiriza, Lilongwe.

She might have inherited her traits from her parents because she was born to a mother she describes as a multi-talented superwoman.

“She has worked in administration and runs multiple businesses, including a chicken farm, products distribution, sewing services and is a farmer.

“My father has one of the most intriguing and precious minds. I think of him as a builder of systems that rarely fail. He studied accounting and works in finance. He is also a businessperson and farmer,” says Chilemba, who was born at Queen Elizabeth Central Hospital in Blantyre on March 25 1994.

She is the older one of two siblings, a younger brother aged 18 and a sister aged 12. She also grew up with two older brothers who are “technically my cousins”, now aged 24 and 25.

She then went to African Leadership Academy in Johannesburg under a scholarship representing Malawi and graduated with a diploma in Leadership, Entrepreneurship and African Studies.

At the moment she is expected to attain a Bachelor of Arts in Economics and Development Studies in May 2017 from Mount Holyoke College in Massachusetts.

Her journey thus far has not been without challenges. One personal challenge is distance and time, she says.

“But there are also numerous times when the two (Tiwale and my studies) have been advantageous to each other.

Additionally, as a small organisation, with not many income sources; scaling up has been hard. We do need to develop self-sustainability, but to get there we also need tremendous investment,” she says.

She says Tiwale is looking for young people to join the movement and team.

She advises younger girls to keep taking chances with every opportunity that comes forward; always give it their best and not let failure or disappointment bring them down. n 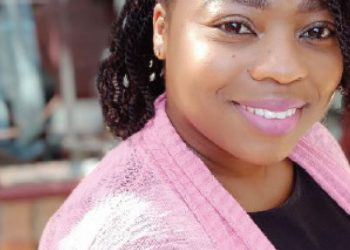