Boxing is one of those sporting disciplines that bring fans to the edge of their seats, and fascinate them with a technical showcase of skill.

Throughout history, there have been great boxing legends such as Muhammad Ali, who made inspiring performances in the ring. 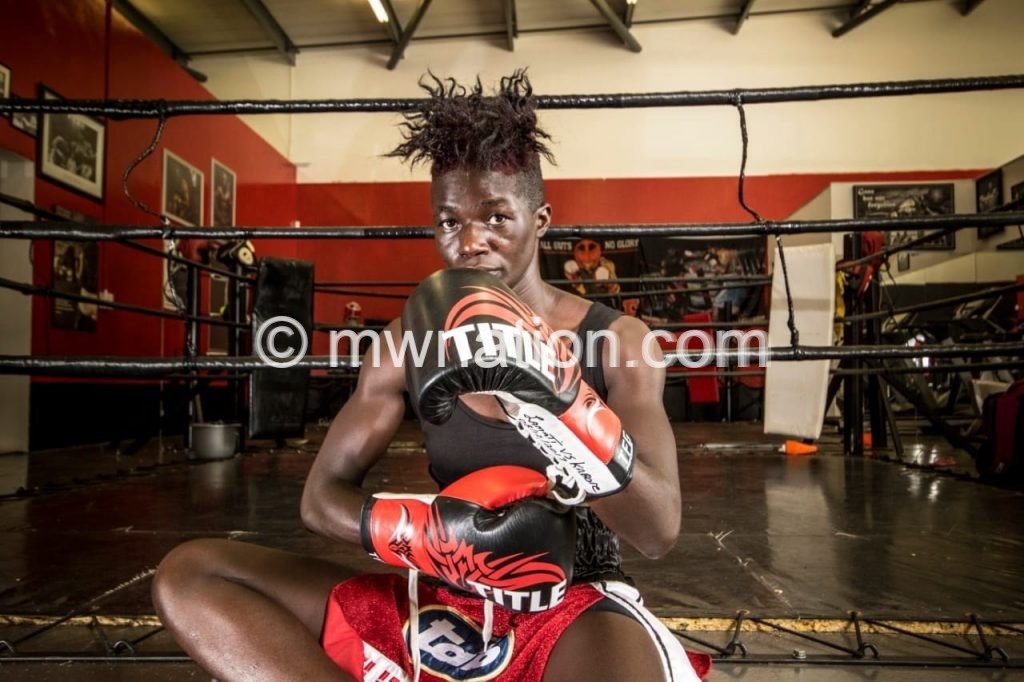 Although boxing is often considered a male-dominated sport, there have been women who have excelled in the ring, and Malawian women, including South Africa-based Ellen Simwaka, and Lilongwe-based Anisha Bashir, are among those making a name for themselves in the boxing ring.

Barely two years after her debut, Simwaka has decorated her career by winning the World Boxing Federation (WBF) Women’s International Bantamweight title at the close of June 2018.

“I was the happiest person to win that title. You know, it is not a joke to be a champion. I had been waiting for that day,” she says.

The champion started off as a football player in Mzuzu, when she was young. She would play football because her friends in school used to play it.

When she moved to Lilongwe, she carried on with the sport, but with time she realised that she was not going anywhere with it. 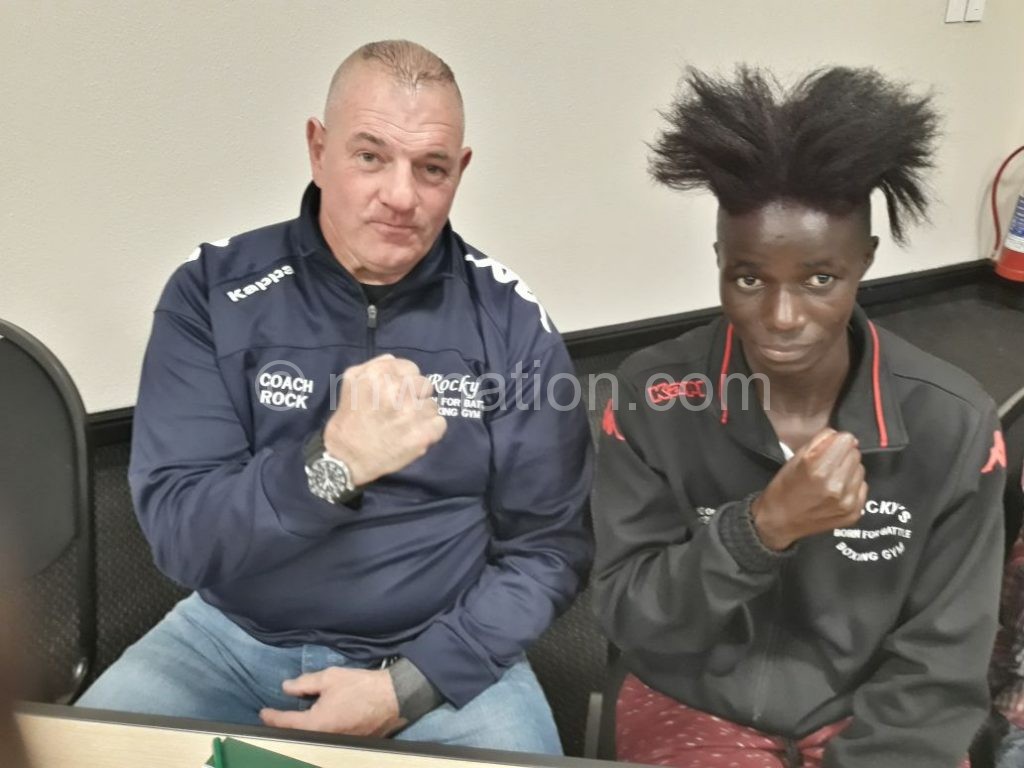 “Every time we won a game, we would not see the money. We could not even afford to buy soap to wash our training gear despite all the wins,” she regrets.

Later, her friend Shaffie Ajibu invited her to boxing, and she confesses she went for it just as a pastime.

After a month of training, she was selected to play for the Presidential Cup in Mzuzu, only to be invited to South Africa, where she trains at Rocky’s Gym.

Now, she is one of the women who have dedicated their lives to boxing—giving fans just as much excitement as men have done over the years.

She points out that boxing is a good sport that helps people to be self-reliant. Apart from that, she says it helps to keep them away from sexual activities, especially promiscuity because no one can play if they are HIV-positive.

“Most importantly, the sport keeps one physically fit all the time,” she adds.

Most people take boxing as fighting, but Simwaka puts it straight that boxing is a sport.

“It is a sporting activity and not a fight or something to bring about enmity. Whether you win or lose, it is not the end of the world, life has to go on. But the losses have to encourage you to find ways of doing better so that you can excel,” she advises. 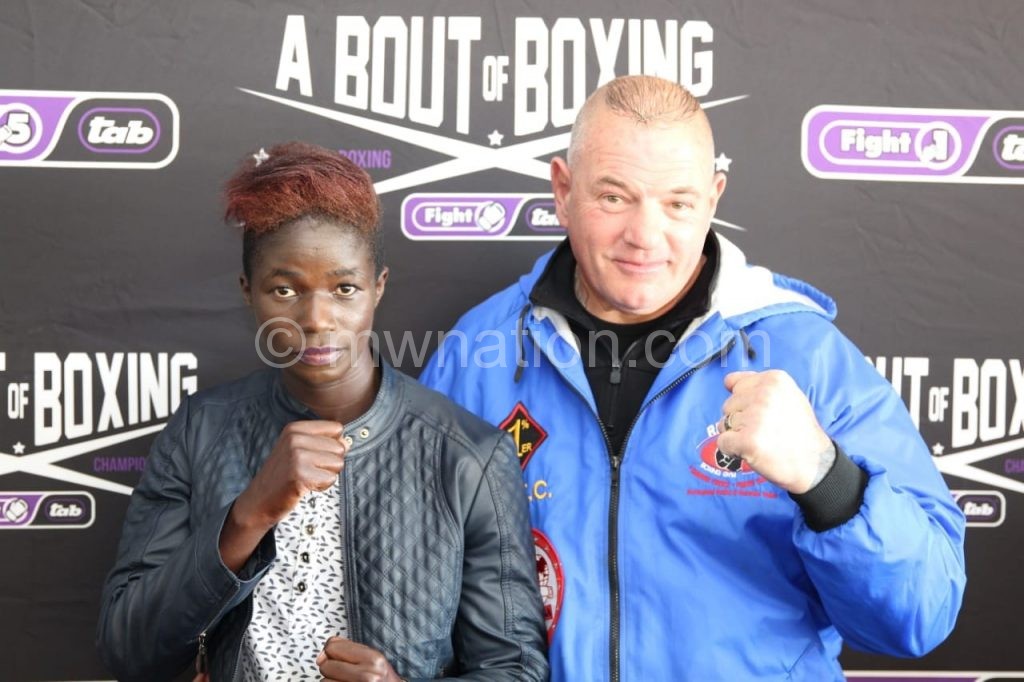 Simwaka hopes that one day she will clinch the World Boxing Championship (WBC), with gold.

“My dream is to win such prestigious belts, and I will continue to work hard until I realise that dream,” she says.

To ensure that she is physically fit, Simwaka says she always goes for a morning run before going to the gym for more training at nine, and again at six in the evening.

However, she says there are various challenges that women in boxing face, one of which is that some managers often want to sleep with them.

“When you are a star performer, some managers would approach you and ask to manage you. Once they do, they start giving you money and then you get carried away. And then they want to sleep with you. If you are weak-minded, and you give in, it becomes the end of your career,” she says, adding that one needs all the energy to succeed in boxing, and she warns that that does not augur well with frequent sexual activity.

She, however, observes that there are some managers that genuinely want to advance women boxers’ career and that the boxers just need to be a bit more careful and stand up to the destructive ones.

“You need not tolerate destructive managers. It is alright to have a boyfriend but he also needs to understand that you are a sporting person,” she advises.

Simwaka says she is grateful to God for all the doors that boxing has opened for her. “I don’t know where I would be if it were not for boxing. I now have a plot which I bought from my earnings in boxing.

As a way of contributing to the growth of boxing for Malawian women, she plans to buy for them some training gear.

She points out that it does not cost a thing to start boxing, but just dedication. And she adds that she is glad that many women are now joining the sport.

“I would encourage even more girls to join the sport. They should be encouraged that we, too, are women and we are excelling. Anyone can, and they should give it a try. I have, actually, facilitated another Malawian woman boxer’s move to come here [South Africa], but she is training at a different gym,” says Simwaka.

Born in Chitipa on June 6 1997, the young boxer grew up in Lilongwe and Mzuzu. She had a troubled childhood, being raised by a step-mother and could hardly concentrate on her studies.

She comes from Nthalire, in Traditional Authority Mwenewenya, Chitipa. In her free time, Simwaka likes watching movies or visiting her friends.