I write to your honourable court after being appalled by thieving tendencies being demonstrated by Malawians of all spheres. My Lord, I am writing to you to give me direction because as a layman, I don’t know how I should proceed in seeking the court’s indulgence in the matter that has been disturbing me all this time.

In your legal parlance, I don’t know whether I should be applying for a judicial review or seeking the indulgence of the constitutional court or obtaining an injunction outright.

My Lord, I don’t want us to be called a multiparty democracy anymore because we have tremendously failed to demonstrate democratic tendencies or to adhere to principles of good governance that would make us a democracy.

My Lord, I believe the People’s Tribunal is the only credible institution left as corruption, theft and fraud has permeated every facet of our society.

I, therefore, write to submit that this country be legally called a kleptocracy which in our case would mean government of thieves for thieves by thieves!!! Yes, ours is a melting pot of fraudsters, conmen, tricksters, robbers, extorters, money launderers and thieves.

Yes, My Lord, why shouldn’t we be a kleptocracy if we can decide to share a K2.5 billion donation from the American government meant to fight HIV and Aids as if it were some loot? Why shouldn’t we ditch democracy when authorities stop worrying about the plight of people affected and infected by HIV and Aids to the extent of chewing their life-saving provisions?

My Lord, as if that is not enough, you already heard that our embassies leak money to their staff like some old and rusty pail to the extent that at one mission in Ethiopia, government admittedly called it ‘a systematic  and merciless plunder of public resources’. Embassy officials like to divert remittances into their personal account without any apology.

Of course you have heard about Cashgate and the K577 billion plunder led by prominent senior government officials. The theft at ministries of Health and Agriculture is well-documented.  There is theft of drugs and equipment in hospitals. There is theft at police stations; that of guns and case files.  Politicians, too, have a penchant of stealing so much so that if one were not careful they would steal your vote. I hear they steal their own manifestoes these days and disown everything you knew they promised to do before they were voted into power.

There is theft everywhere even in most of the established churches. Are there any reasons to call ourselves a democracy when the first thing that comes to a Malawian when given a responsibility is how they would benefit by stealing?

My Lord, you advise me on how we should proceed on this matter. We can only be called a democracy when we root out these kleptocratic tendencies.

Waiting to hear from you. 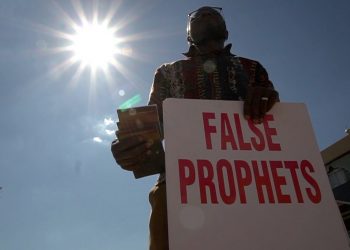