She was one of the adorable housemates during the 2013 Big Brother Africa (BBA) edition dubbed The Chase. She represented Malawi on the stunning screens of M-Net in the reality show where her charisma and cultural orientation dazzled many viewers and made Malawi shine on the international entertainment arena.

That is part of the story of Natasha Annie Tonthola, one of the few Malawians to have ever participated in the continental reality show.

But, as it is said, opportunities come in different ways. And this can be said of Natasha whose story took a different turn after the reality show.

Now, four years down the line, Natasha is no longer gracing screens or newspapers for entertainment activities, but for advocacy and charity purposes. She is now the face of vulnerable girls and women through her Mama Africa Foundation Trust where she is championing child, women rights, gender and youth activism.  Currently, the operation base of the foundation is Tsabango in Lilongwe.

In July last year, Natasha told British Broadcasting Corporation (BBC) that she got pregnant at 17, but fortunately she was able to take her examinations before giving birth to a daughter.

“My husband was still abusive. I almost had a miscarriage, and he was having affairs the entire time we were together. I was broken. This was not how I wanted my life to be, and I knew my husband was doing this to me because I was young and vulnerable, and didn’t have anywhere else to go. I was trapped,” she was quoted by the international media house as saying.

It is against this background that Natasha began harbouring the dream to protect women and girls from all sorts of human rights violations such as child marriage. And this dream, finally, came to fruition when she established Mama Africa Foundation Trust around 2011.

“Despite everything that happened in my life, I was optimistic about the future [and] that’s why today I am helping girls and women to find their voice,” she said.

The BBA housemate said harmful cultural practices such as ‘hyena practice’, child marriages and gender-based violence (GBV) are robbing girls and women of their rights and dignity.

And since Natasha started her cause, she observed that girls are faced with myriad barriers to their education. For example, a majority of them miss classes or drop out of school because they lack proper sanitary wear.

“Majority of adolescent girls miss classes because they can’t afford sanitary towels. I began to design and produce some which I distribute to them for free to keep them in school,” she said.

The free sanitary wear is distributed through an initiative called Project Dignity which is under her foundation. She has distributed thousands of the eco-friendly wear since the programme started.

Recently, her project caught the attention of a German television station which sent its crew all the way from Germany to film her success stories in Lilongwe.

“With the German television, we were filming a 15-year-old girl who has a two months old baby. She is one of the girls I am sending back to school after successfully reuniting her with her family from which she ran away at the age of 13,” she wrote on her Facebook page recently.

She said since November last year, she has identified 3 000 child brides from whom she has rescued 556 and keep them in school.

It is Natasha’s firm belief that educated women make significant contributions to the socio-economic development of any nation.

She said: “When more girls and women are educated and empowered, this world can be a better place to be.” n 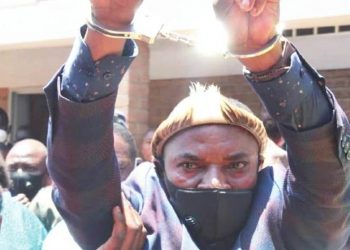