by Staff Writer
in Business News
3 min read
0
Share on FacebookShare on TwitterShare on WhatsAppShare on LinkedinLinkedinShare via Email
The countryâ€™s sole power supplier, Electricity Supply Corporation of Malawi (Escom), has assured Malawians that the compact fluorescent lights (CFLs) or energy saver bulbs the utility company is distributing countrywide for free has less mercury; hence, posing no serious threat to humans.


Escomâ€™s assurance comes amid published reports indicating that the bulbs are hazardous to health and that they must be handled with extra care, especially when they are broken or have exploded.

According to Wikipedia, mercury also known as quicksilver, is a chemical element with the symbol Hg and atomic number 80. It is used in thermometers, barometers, some electrical switches and other scientific apparatus, though concerns about the elementâ€™s toxicity have led to mercury thermometers being largely phased out in clinical environments in favor of alcohol-filled instruments.

Escom public relations manager Kitty Chingota told journalists in Blantyre this week that the replacement of 1.3 million CFLs in households with incandescent bulbs courtesy of a Â£3 million (K810m) grant from the British Department for International Development (DfID) has been received with bad publicity.

Weighing in on assurance, the companyâ€™s business development manager Wiseman Kabwazi said since Malawians started using fluorescent tubes in offices and homes since time immemorial, there has never been any reports of mercury being harmful to humans.

He, however, said since the CFLs procured are in large quantities, two million, there is need to take precautionary measures in terms of their usage and handling.

Kabwazi also observed that developed countries have been using CFLs for a long time but there has never been any case of them being hazardous to humans, saying what is paramount is how to take care of them in case they are broken or have exploded.

In his remarks, Arjan Visser, a DfID consultant on the CFL project, said Malawians need not panic on the bulbs stressing that mercury is usually harmful in large quantities.

“CFLs are not hazardous, one can break it and it doesnâ€™t harm. There is just need to pay attention to safety and where they are disposed of,” he said.

Visser said as part of the project, DfID has procured what are called bulb eatersâ€”a drum with a long tube that will be placed in all the areas where the expired or broken CFLs can be thrown into.

A bulb eater, according to Visser, separates mercury from other components and, thereafter, the mercury is transformed into sulphides and neutralised.

The CFLâ€™s are being procured under what is called large-scale Energy Efficient Lighting Project (EELP) to cater for 250 000 households in a bid to save 50 megawatts of power during peak hours.

The current demand for electricity in the country is estimated at 330 megawatts against the total installed capacity of 283 megawatts. 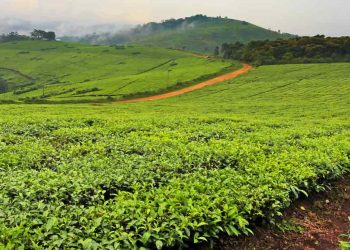