The strike, which was scheduled for Thursday, could have been costly to the economy as the workers planned a national total power shutdown to push for solutions.

Last Thursday, Escom Staff Union issued a notice that all workers at the power supply body will down tools from Thursday this week due to disagreements on the protracted labour issues.

The issues include demand for harmonisation of staff salaries and benefits and reforms in the energy sector which have seen the establishment of Power Market Limited (PML) whose viability as a single electricity buyer the staff are questioning, and the unjustified capacity charges on purchased power from Electricity Generation Company (Egenco).

The workers emphasised the industrial action was planned in response to a long-standing dispute the union declared against Escom governance structures, including government, board of directors and executive management which remained unresolved.

Reads the union’s notice in part: “Escom staff are grieved that despite following procedures to amicably resolve the grievances, the governance structures have shown blatant disregard to the tenets of social dialogue, leaving the union with no other option, but to seek the remedies.”

The meeting has since resolved that an independent review of the viability of PML shall be conducted between now and September 30 2021 and that any handover of activities during the period shall be put on hold while ensuring Escom and PML collaborate on facilitating a seamless transition.

The agreement signed on Monday between Escom management and the union further states that the company will pay all workers the harmonised salaries in line with salary offerings existing in affiliated energy institutions, in arrears from January 1 2021 and by April end.

On the Egenco billing, the existing Power Purchase Agreement stipulates that Egenco gets paid for the 351 megawatt installed capacity, but despite the fact that Egenco does not provide the power capacity as agreed, Escom still pays the full amount which workers feel was an unfair business practice.

However, the meeting agreed that the agreement be reviewed to reflect actual payment for specific power generation that Egenco supplies Escom.

Escom Staff Union secretary general William Mnyamula said in an interview at the end of the day-long dialogue that while they were happy to have reached an understanding  with management through government intervention, the dispute still stands until the agreement is implemented.

He said: “We are happy that the issues have been resolved but there’s a timeline attached. If you look at the issue of PML, we are talking of until September 2021. What if we cancel our dispute then things turn out otherwise?

“So, we will only withdraw our dispute on September 30 when all the issues have been resolved. By signing the agreement, it means the issues are resolved but awaiting implementation.”

Minister of Energy Newton Kambala in a separate interview on Monday said the ministry intervened and agreed to address the issues within an agreed time-frame.

He said: “Government is already working on resolving some of the concerns such as salary harmonisation and the Power Purchase Agreement between Egenco and Escom.

“A properly reviewed Power Purchase Agreement between Egenco and Escom should be done by 15 April while on the salary concerns, we have agreed to be done by the end of April.”

On the PML, Kambala said they have agreed to review the issue within six months and to decide whether the company should be abolished or assimilated within Escom as a single buyer.

The minister, however, said he was of the view that harmonisation of salaries was not the best way but to reward workers based on their performance.

On PML, Kamabala said they could not resolve the issue at once because it involves development partners and other stakeholders in the energy sector reforms such as Independent Power Producers.

“After six months, a decision will be made to either continue having PML or it gets dissolved or cease to be in operation by absorbing it into Escom,” he said.

Energy expert Grain Malunga on Monday said the unbundling of Escom is part of reforms in the energy sector and that the industrial action by workers at Escom is emanating from current economic hardships.

Earlier in Blantyre, some angry Escom employees filled some of the corporation’s vehicles and moved around the commercial capital between 9am and 11am, reminding their colleagues that they were not supposed to work on the day. 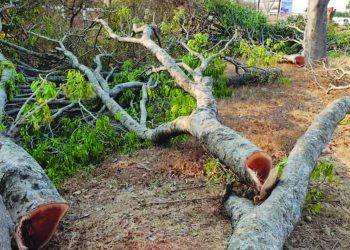