“My life purpose is to help others live a happy, fulfilling life and grow in their spiritual, personal and economic lives,” says Estelle Nuka, life coach and founder of EWN (Estelle Wongani Nuka) Consulting and Training.

She has worked with several establishments, especially in the financial sector.

Today, she dedicates her life to guiding women and men to live productive lives and avoid financial burdens.

Nuka has coached over 50 women and she counts having trained more than 500 individuals.

Her recent contribution is to the number two bestseller book on Amazon Success University for Women, which aims at helping women going through challenges as they navigate through life and careers.

The book was co-authored by 24 other women world-wide who have experienced tragedy, failure, losses; each rising above the darkness and finding a way through it all.

Nuka’s story in the book is titled ‘The mortal vehicle’s fuel of success’.

In the story, she describes her life trials, inlcuding the ups and downs in her career and how perseverance made her the woman she is today.

Fourth-born of nine children, Estelle was born in 1966 to a policeman and housewife. Her parents raised three other children.

Growing up in the 1970s, she says meeting their daily needs proved difficult for her parents.

She recalls a time, in primary school, when her father failed to pay school fees for everyone.

She says despite the challenges, her father did his best, to give them an education, though he did not earn much.

She went to Stella Maris for her secondary school education and to University of Malawi’s Polytechnic for a three-year diploma in business, then a Bachelor in Commerce, where she majored in accountancy.

In her fourth year of her degree chase, she landed an internship with PricewaterhouseCoopers, an auditing company.

Upon completion after five years, she was offered a job to be based in Mozambique.

It was in 1989, when the Mozambican civil war, which had killed over one million of its population, was in its 15th year; to audit Cahora Bassa, an arch dam and hydroelectric facility on the Zambezi River.

Nuka is the fourth woman to work for Pricewaterhouse Coopers, which at the time had a policy for no female employees.

“I did not think PricewaterhouseCoopers would send me there. Me and the entire team went there by a chartered plane and heard of how other planes were being gunned down,” she says.

But she does not count that as her biggest challenge yet.

In 1990, Estelle got married, had a son in 1991 and switched jobs in 1992 to raise her son. In 1993, she enrolled for studies to qualify for the Association of Chartered Certified Accountants (Acca).

During her second employment with Women World Banking (WWB), a donor funded project in 1993, Nuka was pregnant with her second child and was hit hard with her greatest trial.

“I was heavily pregnant and about to sit for my (Acca) exams. I had not been paid for a year and was informed I could only get paid if I filled the hourly time sheets for work done at the office. It was impossible as I was studying,” she says.

Her husband was working for Admarc at the time, a public servant whose salary was not adequate.

In addition to her son, she and her husband were raising eight other dependants.

She says since she was due to have her second child, she sat down to write a letter to her mum, asking her to come and care for her baby as she wrote her examinations.

But before she could write the letter, she got word that her mother had died.

“It had to be my father because he had been sick, my mother was well,” she recalls.

Upon reaching home, she found two corpses—both her father and her mother.

Although the future looked bleak for Nuka, she never gave up on education. She fought through the pain of loss, lack of finances, wrote her examinations and qualified.

Prior to setting up EWN Consulting & Training in 2014, Nuka worked in various institutions and served on several boards.

Looking back to 25 years (the period she has worked for several companies) and beyond on how she was able to handle school, work and a family, she says she owes her success to her father who always told her she is intelligent.

As a woman, the only challenge she recalls was balancing work and home.

In terms of the workplace, Nuka says she is assertive and does not allow to be marginalised.

She has written a book in honour of her mother title Mama You Are a Hero.

Nuka is a fellow of Acca, a registered member of the Malawi Accountants Board and Institute of Accountants in Malawi.

In her firm she provides consulting, training and coaching services for corporations and individuals on financial management, leadership and principles of success and transformation. n

The political terrain can change anyhow, not so? 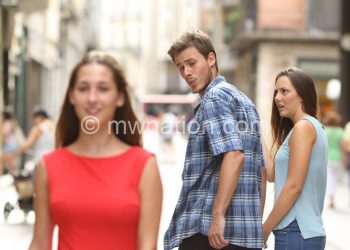 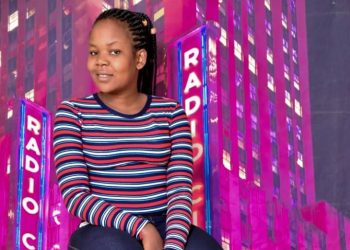 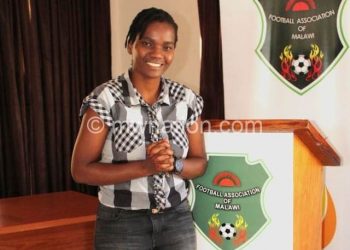