What physical and mental pain and discomfort do pregnant women feel when they sleep at a medical facility that has few beds and not enough beddings to make them comfortable and warm overnight? Two brave women have volunteered to answer part of this question by personally sacrificing to sleep rough –on bare clinic benches and with only the clothes they will be wearing– at Zingwangwa Health Centre, in Blantyre, tonight. Chief executive officer (CEO) for the international body Malawi Scotland Partnership Programme (MaSP) Vera Kamtukule and communications manager for the communications regulator Malawi Communications and Regulatory Authority (Macra) Clara Mwafulirwa will chalk up a historical record of being pioneers in a charity fund-raiser being organised by Nation Publications fLimited (NPL) Kamtukule and Mwafulirwa will be responding to an invitation NPL sent to CEO, managers and even members of the diplomatic corps to participate in the Sleepover to raise funds aimed at improving mother and child care in public medical facilities in and around Blantyre.

Each participant is expected to raise a minimum of K200 000. Next month, on September 9, many more volunteers are expected to participate in the event at this same health centre.

According to NPLs Sleepover coordinator Albert Banda, the event is an innovative fund-raiser whose proceeds will be part of the K150 million the Media giant and its partners want to raise in the 2017 Blantyre Fun Run.

The money will be used to buy vital medical equipment and supplies needed to save lives at Queen Elizabeth Central Hospital (QECH) and its 26 satellite medical facilities in and around Blantyre District. Over the past 12 years, NPL has annually been mobilising the business partners and other well-wishers to participate in the Fun Runs, whose funds and resources secure ‘wish list’ medical equipment and supplies a the chosen district hospital each year.

The Fun Runs target the beneficiary hospitals on a regional rotational basis and this year’s turn for QECH, in the South, comes after district hospitals in Mzimba, in the North, and Mchinji, in the Centre, received such assistance last year and in 2015, respectively. Why have the two pioneer volunteers chosen to take part in tonights Sleepover event?

KAMTUKULE’S TAKE The last time she visited Zingwangwa Health Centre, she was only a seven-year primary school girl on a `naughty’ mission that made her sneak into a group of malnourished children who were being fed special nutrition-boosting porridge. Of course, being a child of both parents who were working and were fending for their family well, she did not need to feed on that porridge. But a friend had persuaded her to join her into scheming their way into taking cups and spoons and receiving the reputed tasty mgaiwa and groundnut flour porridge at the health centre. After the sneaky girls received the porridge for about a week, their cover was blown by the family’s nanny. The shocked and angry mother of the seven-year-old girl duly spanked her daughter over her unauthorised mission to the health centre.

The MaSP CEO will not avoid feeling an overwhelming sense of nostalgia when. tonight, she returns to the health centre where she gate-crashed the porridge-eating sessions 29 years ago. Of course, now that she is armed with a Master of Science degree in Strategic Management from the University of Derby in the United Kingdom, and after taking up several executive jobs in a number of organisations, her mission, this time around, will be above board. It will not be bent on her enjoying a service by hook or crook; rather, she aims at giving a vital charity service to the health centre.

The Lilongwe-based Kamtukule, who was appointed the MaSP CEO in June this year, chuckles as she confesses that the health centre porridge she had eaten nearly three decades ago was quality food for any child. “I will never forget the taste of that porridge in my mouth! Hot, with a sweet aroma, mixed with the smell of firewood…. I was immediately hooked on this delicacy!” she recalls elaborately. Kamtukule reveals that even after she received the spanking from her mother, she was granted her request for the family to start preparing the similar ‘special’ porridge she had tasted at the hospital.

She states that she was pleasantly surprised and honoured by the NPL’s recent invitation for her to consider participating in the Sleepover at the health centre. Added the MaSP CEO: “I did not think twice (in responding), as I thought what greater honour this was for me to give back to a facility that gave so much to me as a kid. And this is the reason why I will be participating in this noble cause on the 25th of August 2017. “And I hereby appeal to all well-wishers to support me and others in this noble cause as we aim to use the proceeds from this to buy hospital equipment for the chosen clinics, thereby making a significant contribution towards improved maternal health in Malawi.”

MWAFULIRWA’S STORY On her part, the Blantyre-based Mwafulirwa said she latched onto the opportunity of participating in the Sleepover after being shocked and saddened by an NPL newspaper report that quoted United Nations Fud for Populations (UNFP) statistics indicating that an average of 48 women and 648 children die each year in Blantyre City alone due to maternal complications. “After looking at the causes of such deaths, i thought I could make some difference if i became part of a team determined to find solutions to the challenge, as some of the deaths, from my analysis, can be avoided. “For example, we ought to raise funds to provide enough and well-funished rooms in which women should deliver comfortably, instead of having them delivering on the floor, in view of other women,” she stated. Mwafulirwa pleaded with women to take a leading role in the second Sleepover event next month. “As women, we understand these issues better. Every woman needs her privacy and dignitywhen going through the process of motherhood.

Let us support the health centres with bathrooms, toilets and enough rooms where they can comfortably deliver their babies,” she pleaded. “I also want to raise awareness, so that companies and individuals can be able to understand the challenges that women face in health centres around the City of Blantyre,” added Mwafulirwa, holder of a Bachelor of Arts degree in Business Communication. Meanwhile, Blantyre District Health Officer (DHO) Medson Matchaya explained that the porridge sessions were discontinued many years ago, as they are now confined to four strategic rehabilitation centres at QECH, Mlambe, Lirangwe and Mpemba health facilities in and around

The story is part of a series of articles for 2017 Mother’s Fun Run Project whos, aim is to mobilise resources for Queen Elizabeth Central Hospital (QECH) and its 26 health centres in Blantyre.

Blantyre District. He, however, said all Sleep-Over volunteers are welcome to the Zingwangwa Health Centre that will be a beneficiary of the overall Fun Run initiatives this year. “As a matter of fact, this health centre has already started enjoying the special donors’ limelight on us this year. Only about two months ago, a donor gave us a resuscitator. This is vital equipment for keeping alive newly-born children having respiratory problems,” he enthused. Matchaya, nonetheless, confessed that the health centre’s 15-bed maternity wing at the health centre is facing many challenges. “Our labour ward needs refurbishing, with special attention to toilets. Both the ward, which admits patients, and the out-patient clinic have many needs, including new blankets, bed sheets, mattresses and other linen and equipment like a heavy-duty steriliser, stethoscopes and thermometers,” he stated. There are about 80 000 people in the health centre’s catchment area. On a daily basis, an average 300 people are treated as outpatients at the health centre. In his comments the NPL Sleepover coordinator explained that several CEOs, managing directors and some members of the Diplomatic Corps have indicated interest to participate in both the Sleepover, tonight, next month and the Fun Run, on October 7. “We gave the volunteers a choice to either participate in the Sleepover event this Friday (tonight) or on September 9.

It is now clear that many have chosen to show up on September 9. We also expect more volunteers among people who found out about this noble event late,” he stated. “NPL is very grateful to corporate and individual partners who are committed to the fund-raiser events. We are more humbled because many of these partners have held hands with us for many, if not all, the 12 years we have organised the Fun Run that has helped save many lives of expectant mothers and their children across the country,” added Banda, who is also NPL’s marketing manager. 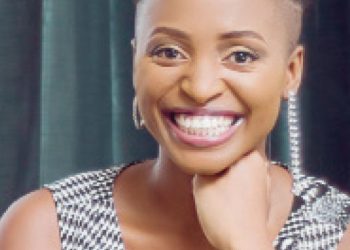 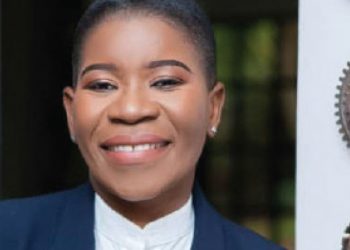