Exercise your right to vote wisely

How time flies! Tuesday, May 21 2019, is Election Day here in Malawi. It offers the moment of truth when the 6.8 million registered voters will exercise their constitutional rights to elect a President, 193 members of Parliament (MPs) and 462 ward councillors.

Elections are a universally accepted means of putting in office legitimate leaders through the ballot as per the 1948 Universal Declaration of Human Rights which states: “The will of the people shall be the basis of the authority of government; this will shall be expressed in periodic and genuine elections which shall be by universal and equal suffrage and shall be held by secret vote or by equivalent free voting procedures.”

Thus, elections and democracy are linked. But, at the same time, the process ought to be credible, transparent and inspire the confidence of stakeholders for acceptability’s sake.

By Thursday next week, a picture regarding who has made it and who has missed the boat will be clear.

The May 21 Tripartite Elections offer yet another opportunity for Malawians to put in office leaders of their choice based on the first-past-the-post electoral system in which a winner is determined by a simple majority.

Abraham Lincoln, the American statesman, politician and lawyer who served as the 16th President of the United States from 1861 until his April 1865 assassination, is widely quoted as having stressed the importance of people taking part in an election.

He said: “Elections belong to the people. It’s their decision. If they decide to turn their back on the fire and burn their behinds, then they will just have to sit on their blisters.”

There could be no better way to sum up the importance of elections. Bad or mediocre leaders are put in office by eligible voters who choose either not to register to vote or indeed register, but abstain from voting. In the end, the same eligible voters who do not cast their votes are the first to cry the loudest whenever there is poor service delivery.

The May 21 2019 Tripartite Elections are coming in the 55th year of Malawi’s independence from Britain on July 6 1964.

Whereas Malawi has made some strides in various sectors such as health, education, agriculture and infrastructure development over the years, surely, for a country that has enjoyed peace we could have done better. It is unfortunate that Malawi is ranked the third poorest country in the world, only surpassing nations that have been rocked by civil wars.

Politicians brag about developing this country “beyond recognition”. But, if truth be told, most of the touted development is cosmetic. For instance, whereas the national North-South M1 Road and other key roads are easily accessible, many areas are still disconnected and in accessible.

In the Northern Region, when all is said and done, the “only” road I see is the M1 Road built in the first years of democracy while the other roads such as one branching off the M1 from Ekwendeni ends mid-way, making it a rough ride for places where the people are such as Kafukule, Euthini, Mzalangwe and Mpherembe. Recently, a friend told me how people had to park over a kilometre away and let pallbearers carry a coffin to a village on the border between Chiradzulu and Thyolo overlooking the Malawi University of Science and Technology (Must) because the particular village is inaccessible by road. This is an area barely 30 kilometres from the commercial capital, Blantyre.

To realise their dreams, Malawians will go to polling stations across the country to cast their votes after assessing the promises (and lies?) given by aspiring candidates and political parties during the 60-day official campaign that ends at 6am this Sunday.

There are two expected outcomes from the May 21 Tripartite Elections: Either retaining the status quo or bringing in a new administration.

Mark Twain said: “Politicians and diapers must be changed often, and for the same reason.”

In exercising the right to vote, it is important that Malawians look at the bigger picture. Vote for leaders you feel have the drive to take the country to another level and improve livelihoods. Take your vote seriously. Voting should not be a mere routine.

“You’ve got to vote, vote, vote, vote. That’s it; that’s the way we move forward. That’s how we make progress for ourselves and for our country,” said Michelle Obama.

The time is now. It is a lifetime opportunity to shape the destiny of your country. Vote wisely 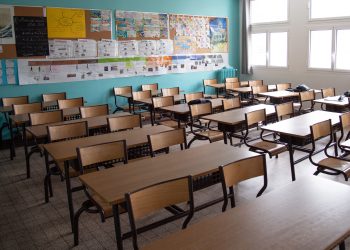