Expand your comfort zone—Part I

We shall have no better conditions in the future if we are satisfied with all those which we have at present.”

This is what was rightly said by Thomas Edison, a successful American inventor and businessperson who developed many devices that greatly influenced and transformed life around the world.

Basically, Thomas Edison meant that for progress, improvement and success to be achieved, man must explore greater heights, expand existing boundaries and seek to break new frontiers and territories.

Basically, we need to continuously expand our comfort zone.

Why should we expand our comfort zone? You may ask. Remember that we are too comfortable in Malawi and that is why we often say or hear words such as Bola moyo! Nanga ntani? Ndi mmene ziliri. Ndi choncho basi. Sizingatheke!

Which all basically mean that we are defeated. Or, we are ‘okay’ in the situation where we are because we can’t do or earn better. We accept not to push further. But today, we want to think differently. We want to challenge our old ways of approaching life and success, with specific focus on how comfort zone affects our life.

Let us start by looking at what we mean by comfort zone in this case? We are talking about being in a state where you use a limited set of behaviours to remain in a mental state that is risk-free and anxiety-neutral, resulting in a non-increasing level of productivity or performance.

This is the state where according to Thomas Edison, we cannot produce better conditions for our future and for the future generations to come. The world we live in today, is generally better and more convenient for us than it was decades and centuries ago, because previous generations were never satisfied with what they had that time, because they kept expanding their comfort zones.

We are talking of the successful people before us because we know from simple observation that successful people regularly expand their comfort zone which empowers them to do much bigger things than most other people.

I want to share with you one of my defining moments in the pursuit of expanding my comfort zone. It was in 2006 when I was in a group of some 30 or so young professionals who were placed on an advanced leadership development programme organised by Shell Oil in Europe.

Part of this programme required that we compete in five groups of six people each.

Each group earned points by performing any set of the prescribed games. The winning team was the group that collected the maximum sum of points gained from playing as many games as possible during the allocated time.

One of the games that had high marks involved up sailing—requiring that each of the six team members climbs 100 metres down a steep and rocky cliff.

Four team mates did this exercise and two of us were remaining—a young Japanese woman and me. We were the two odd ones out—both of us had never climbed mountains, walked cliffs or encountered rocky paths before. Moments later, the young woman did it.

The realisation that I was the only one remaining was one of those truths we often don’t want to accept, encounter or imagine.

But the reality was unchanged—that suddenly, the team was close to winning the competition, only if I climbed down the steep cliff.

My climbing down the dangerous cliff stood between us winning the coveted prize and not grabbing it.

But up to that moment, I had hated and feared heights more than death, crocodiles, lions and snakes, basically more than all my fears except my ultimate fear of wars—now you have an idea of my fears!!!!

To be continued next week… 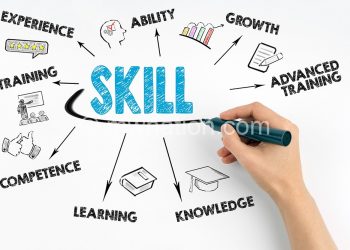