by Joseph Mwale
in National News, Front Page
7 min read
0
Share on FacebookShare on TwitterShare on WhatsAppShare on LinkedinLinkedinShare via Email

Speaking in an interview monitored on Zodiak Broadcasting Station’s Tiuzeni Zoona programme yesterday, the ACB boss said his office is not involved in any witch-hunting, adding they will prosecute those who looted in the immediate past Democratic Progressive Party (DPP) regime and those who do so in the Tonse Alliance administration.

He warned: “We have a law which we follow when carrying out our duties. If someone broke the law, stealing public money and property, they should not expect that the ACB, Police or Financial Intelligence Authority or MRA will spare them because they are politicians. We won’t.”

Matemba, who previously claimed that leading the ACB was “hell” after critics accused the bureau of being toothless amid lack of funding, said he is now confident that the new administration will support his office to carry out its mandate efficiently and effectively.

Anti-corruption law and governance experts have since said much as Matemba’s sentiments are encouraging, there is still more  work to be done to make the ACB fully independent, including changing some laws that deal with corruption.

During the interview, Matemba said people who think that prosecuting those who were corrupt is witch-hunting and that the ACB has been sent by the current government are wrong as the bureau has professional officers who follow the law.

He said: “I have worked at the bureau for seven years, and have worked with many people, but one thing I can say is that it is now clear that government is interested in ensuring that we work independently. Even President Lazarus Chakwera has emphasised that in his speeches. The messages from the top offer encouragement.”

However, Matemba lamented lack of resources at the bureau, revealing that in some instances, such as the investigations into the judges bribery cases, he had to use his personal resources.

“Our work involves resources, human and financial. Some cases require that immediately you receive a complaint, you have to take some action because if you delay, someone may interfere with evidence. ”

“If we don’t have money, we can’t work. It’s either you can’t start the investigation, or if you had already commenced, you will not proceed. It came a point when as officers, we had to use our own money for investigations, like it was in the [Thom] Mpinganjira issue.”

But in an interview, anti-corruption law expert Wesley Mwafulirwa called for corruption law reforms to ensure an independent ACB.

He suggested what he terms ‘Deep Democratisation Theory’ in which citizens are empowered to check how those in power are amassing their wealth, and that government should not stifle the work of the media and civil society organisations (CSOs) that keep it in check.

Said Mwafulirwa: “We want even those in government to be put on check. I would also love that we do some reforms like criminalising corporate corruption because at the moment, a company or corporation cannot be held criminally liable for under Corrupt Practices Act, we only have that for money laundering.”

He also called for the need to formulate public litigation laws so that CSOs are flexed on the locus standi to easily follow up on some public offices that misuse public money.

Said Mwafulirwa: “I hope the current government will also walk the talk on declaration of assets. The ACB needs to be given more teeth to bite. Let it be more independent like the Office of the Ombudsman, which is very autonomous. Let the ACB widen its scope. Nepotism and electoral fraud for instance, have to be clearly defined in the law.”

He also spoke on the need to ensure CSO independence, saying: “We don’t need government CSOs. Let us also strengthen our laws so that they are more flexible, it would be good to have a law on public litigation that would guide the locus standi for CSOs.”

Meanwhile, Political Science Association  secretary general Ernest Thindwa has said there is need to free the appointment of the ACB director general from the presidency.

He said the current government promised to deal with corruption, and any laxity on its part will disappoint the electorate who rejected the Democratic Progressive Party (DPP) administration on perception that it was too corrupt.

Said Thindwa: “For me, talk is cheap. What is needed is to remove the appointment of the ACB director from the grip of the President. In the current situation, it all depends on the will of the President to deal with corruption, we have seen this from the time of Bakili Muluzi to date. Let Parliament handle everything on hiring and firing of the ACB boss.”

He also called on citizens to be vigilant, saying: “There is a need to sustain the momentum after the May 21 2019 elections, where citizens have become more aware and involved in governance issues. Let the civil society help to continue making the citizenry hold to account all looters.”

The Chancellor College-based analyst also said the DPP must consider the recent arrests as a blessing so that if they did not do anything wrong the courts should clear them, adding, the arrests are not political.

DPP spokesperson Nicholas Dausi said the arrests were meant to break the spirit of the party.

He said: “Arresting someone on Friday, and keeping them in a cell the whole weekend during this time of Covid-19 is simply a death sentence for those people.

“We are not saying ACB should not investigate those who committed crimes, but it’s just too much! If they think these arrests will break our spirit, they are wrong, we are actually going back to the drawing board and will come back stronger.”

But Matemba said the ACB will not wait for the tenure of those in government now to end before it prosecutes any wrong doers, arguing, even for the DPP regime, there were some people who were prosecuted before change of government.

“In many cases, when politicians break the law and when law enforcement agencies want to do their work, they think it is political prosecution or witch-hunting, but it’s not. If you are politicians and you break the law, you should answer charges like any other person.

“Let me warn those running the country now, if they break the law, like some of their friends in the past, a day will come when they will answer for their crimes.”

Speaking during his inauguration on July 6, Chakwera said since 1994, successive governments have been promising good governance and promising institutional autonomy, but have been delivering corruption and State capture.

And while swearing-in the Cabinet, he warned that all corrupt officials should expect to face the long arm of the law. 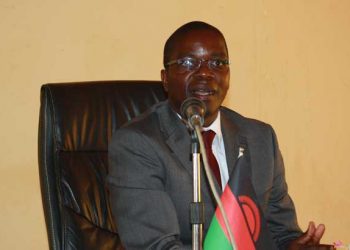