As the sun rises, the inky shape of the hills and the stars above the Malawian shore start to pale. In the east towards Mozambique, an orange line forms, fattening into a blood-orange ball.

Fishermen are already out as the MV Illala, a 600-tonne ferry that has chugged up and down Lake Malawi each week since 1951, slowly passes by.

Every September, backpackers, southern Africans and expats flood to Malawi’s Lake of Stars festival, held by the water in the village of Chipoka.

As music venues go it must be one of the most idyllic on earth, and the festival has raised an estimated $4.7 million (about K3.4 billion) for the Malawian economy since it started in 2003.

Many will head to the towns of Monkey Bay or Mangochi at the southern end of the lake for a post-party hangout.

The shimmering Cape Maclear split, which juts into the lake north of Monkey Bay has a distinctly Caribbean feel, with turquoise waters and powder-fine beaches. But for a true taste of Malawi, I had decided to join the Illala and its mostly local passengers.

From Monkey Bay, the Illala travels over 400 kilometres (km) to Chilumba near the lake’s northern end, with 13 stops en route. The return trip takes six days, and most of the passengers are on board for long enough to get friendly. The ferry was once a lifeline for remote communities, but better roads and cheap minibus travel have made it an expensive option for shorter hops.

I opt for the second-class deck and improvise on bedding—a half-deflated tractor tyre makes a surprisingly passable mattress. I manage a few good hours of sleep under the stars before I’m woken by the kitchen crew brushing their teeth before dawn.

Those who join the Ilala at Monkey Bay can walk on board along a jetty; at most other ports, a rowing boat or outrigger shuttles passengers to within a few metres from shore, then a waist-deep wade or a hitch with a local fishermen completes the journey.

A successful dry boarding warrants a drink on the top deck with the only other non-Malawian passenger, an Irish vinyl collector. The bar also serves generous platefuls of rice and spicy beans—a healthier alternative to snacking on the bananas, crisps, samosas and nsima maize balls that are passed up by traders when the Ilala gets close to shore.

Notable stops along the way include Likoma, a baobab tree-studded island off the Mozambique shore (though belonging to Malawi).

The ship docks for several hours, allowing time for a swim and a meal at one of the beach cafes. Saint Peter’s Cathedral in Likoma town is oddly vast—the third-largest in Africa —and there are spectacular island views from its tower, and impressive gospel singing on a Sunday morning.

Further north and on the western shore is Nkhata Bay, a pristine cove with a handful of backpacker hostels perched on the cliffs. Its wood-carving market provides an authentic cultural experience, and restaurants and bars are opening up to meet the demands of increased tourism.

I ended my trip here, 12 hours before the ferry’s final destination of Chilumba. Nkhata village is a half-day’s taxi ride to Lilongwe, Malawi’s capital, for onward flights.

One word of advice: don’t rely on the Ilala running to time—and never try to incorporate it into a tight schedule. But it will open up a side of Malawi lots of visitors miss. Nothing can match just being in a village when the ship’s arrival horn kickstarts a mad rush from both passengers and traders. – The Guardian

Groans of the health care system 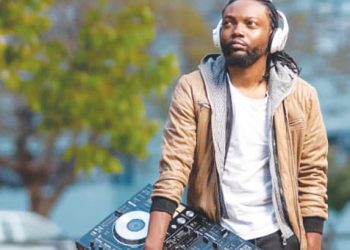