by John Chirwa
in Entertainment News, Front Page
2 min read
0
Share on FacebookShare on TwitterShare on WhatsAppShare on LinkedinLinkedinShare via Email

Imagine you were famous, a person of influence and have everything in life, with dreams of better days.

Imagine all that vanish in a day following a tribal war, find yourself in a foreign land, with a foreign language, where all your degrees and knowledge mean nothing, all you attained in years rendered useless.

And then, imagine, you were an artist; you write a poem or a song. What would be the inspiration of such a piece of art?

Listen to the Democratic Republic of Congo (DRC) asylum-seeker Menes’ debut album Far From Home for the answer.

For those of us at Key Lounge in Mzuzu on Friday night during the album’s launch understand what inspired him. It is the pain of being a refugee; the anger of losing loved ones, of being displaced, the xenophobia and the post-war trauma.

We also understand that anybody, at any time, can become a refugee; hence, the need for peaceful co-existence.

For about one hour, he performed four French songs, one in English, which he featured Kalima and a poem.

One thing was clear during his performance; geographical borders, nationality and language are but mental barriers that music defies.

The harmony in his music, the humming as supported by the six-piece band, the overriding sound of bongos, percussions and pianos said thousand words about Menes—his desire for peace, love, unity and harmony.

Living for six years at Dzaleka Refugee Camp in Dowa, Menes has seen it all—the abuse at the hands of the police, the negative perception of Malawians towards refugees and the post-war trauma that most war survivors go through following brutal murder and abuse of their loved ones.

But, unlike most refugees, he has retained his influence in society, he is connected, and, now, he has assumed the role of ambassadorship to speak for the voiceless kinsmen in Southern Africa.

That is how he found himself on Al Jazeera and BBC to talk about these issues.

His music touches all angles—Congolese, traditional, spoken word and some rapping. Aquoi Bon (What’s Good), and a spoken poem Imagine are some of the highlights in the album.

Menes has put himself in the skin of voiceless individuals, considered as aunts, to protest how Africans continue being treated as slaves by Western machineries who are only motivated by Africa’s abundant wealth.

Possibly, Menes has to reconsider the title of his album because it is no longer far from home. He is one of us. In fact, he is home. The issues in it concern us, too.

The album has finally perched home as it has been sampled in Mzuzu, Lilongwe, Blantyre and it now goes to Dzaleka for a free Tumaini Festival on November 14. 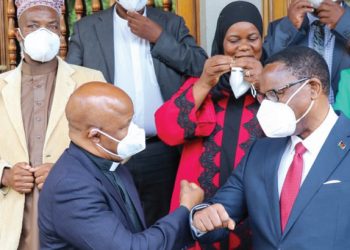