Low volumes of quality bananas reaching trading centres in Malawi reflect the damage caused by superbugs that have forced farmers to uproot the crop.

Nowadays, Malawi mostly imports bananas from Tanzania and Mozambique to compensate for dipping harvests in the wake of banana bunchy top (BBT) disease in Nkhata Bay, Karonga, Thyolo,  Mulanje and other districts.

The endangered crop contributes three percent to the country’s gross domestic product (GDP)—slightly lower than the economic share of fish.

According to crop disease expert Misheck Soko, the incurable viral disease was first noted in 1994 in banana plantations across Thiwi Valley in Nkhotakota District, but   only confirmed in 1997.

The chief pathologist at Bvumbwe Agricultural Research Station terms BBT “the most dangerous disease in the banana world”.

“To show how dangerous it is, 60 percent of bananas in the country is gone due to this disease. Even the remaining 40 percent is infected and going,” he says.

When the virus transmitted through planting diseased suckers attacks a banana plant, signs are discernible within 35 days and the trunk dies within 12 months.

“This disease is spread by an aphid and spreads within 20 kilometres, so you can imagine the impact it has,” says Soko, who has done intensive research on the disease and how it is causing disruptions to livelihoods.

For over a decade, the disease has been reducing banana production and household incomes.

“The problem is that once this disease attacks your banana orchard, you are forced to uproot all the banana plants. This means a farmer is back to square one. One cannot harvest anytime soon. This has affected us; our survival depends on bananas,” he says.

The impact of the disease is far-reaching.

Transporters, who once hauled truckloads of bananas from plantations to various trading centres to keep the nation supplied, are equally affected.

As a few cash in on banana imports, many find it hard to survive.

“I no longer ferry huge volumes of bananas

[from Nkhata Bay to Mzuzu]

. We just make losses,” says Willy Banda, a driver based at Mpamba Trading Centre, a banana-growing heartland in Nkhata Bay.

After years of self-pity, the banana planters in Nkhata Bay ganged up to find a lasting solution.

“We engaged our agricultural extension worker who advised us to form a group that would be producing disease-resistant banana suckers,” says Yusuf Mwale, a member of Chinguluwe Banana Production and Multiplication Group.

The group’s trial started with 144 suckers, but successfully came up with BBT-resistant bananas for sale.

Mwale brags: “As I’m talking, we have diversified to banana seed multiplication with the hope of even helping other farmers to get clean suckers nationwide. We want to get rid of the disease. So, we urge banana farmers to uproot all diseased plants and contact us for resistant seeds.”

He says: “This is what we want as a nation. We are together in the fight against BBT. So, as government, we give them advice on how best to run their orchards. “Above all, we are happy that every farmer still owns a banana orchard.” 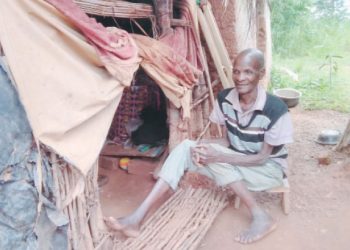