Every time the name Find Codi is mentioned what normally follows are the questions: Who is Find Codi? Is that her real name? What does it mean? Who lost her?

But those with a firm passion for local music know the artist behind the Find Codi brand. As for the rest, Find Codi remains a mystery even though she has been in showbiz since 2010.

Carol’s what kind of girl?

But who, really, is Find Codi?

She said: “I am Chikondi Codi Suleman. I am an afro-jazz/pop artist.

Professionally, I am a qualified lawyer, but I am not practising. At the moment, I am a full time entrepreneur and entertainer.

“Codi is a nickname christened by my friends since 1997. My family and friends refer to me by that name.

“So, in this case, Find Codi is the name of my band. I just played with the words to say if you want me, find me in the band.”

Like many artists around, Codi’s artistic genesis dates back to her days in high school, which she attended in Zimbabwe and South Africa.

The artist said she used to take part in musical and choral competitions.

But that only formed a small part of her artistic base.

While in South Africa, Codi met the creator of Gwara Gwara music craze DJ Bongs, who first got her in the studio to put vocals on some house music tracks that he was releasing.

Impressed by her abilities, DJ Bongs offered to help her produce her own album.

She affirms: “Unfortunately, when I came to Malawi, I did not go back to South Africa.

“I ventured into other businesses here. I teamed up with Nyimbo Music and created a band.

However, we featured some of the songs we did with Bongs such as Sichoona and Sondela in our album.”

Though the house album produced in South Africa never saw the light of day, Codi said she was able to post online some singles such as Born For The Dance Floor which people can access till now.

Having a Zimbabwean mother, born in the United Kingdom and raised in Zimbabwe, South Africa and Malawi, Codi’s artistic influences are almost like a rainbow.

She said she is a mixture of so many things such that she regards herself as a world citizen.

“I spent 16 years of my life in South Africa. It is also home to me.

“You will note that some of my songs are done in Zulu and others Shona as I also have a strong Zimbabwean background. But I am very Malawian,” she observes, a smile on her lips.

Owing to her South African links, it is little wonder that she points to the likes of Mirriam Makeba, Judith Sephuma, Sipiwe Dana and Zama Jobe as some of the names that have influenced her musical leaning.

She says: “They are my inspiration. I hope I can reach an audience as they did musically.”

After flirting with Nyimbo Music upon her return from SA, Codi finally broke off from the group’s wings and pursued a solo path.

What was to follow was the formation of her band Find Codi which she manages with the assistance of her husband Malawi Congress Party (MCP) IT director Daudi Suleman.

The five piece band comprises of Kad Chiwanga who does the drums, lead guitarist Steve Phambala, keyboardist Simeon and George on bass guitars.

In 2018 the group released their only album till now titled Tukuka.

Codi said: “We are well-received as a band and some listeners brand our music as being of international standards and that is flattering.

“We have featured at the Tumaini Festival and Malawi Jazz Music Festival which are big platforms.”

She said the biggest challenge has been getting the younger generation to appreciate the type of music that they do, which has limited their outreach in terms of audience. She says the goal now is to break on the international stage.

“I feel there is need to have corporates support the music. I feel more opportunities are given to male artists,” she said.

In a separate interview, Find Codi’s drummer Kawanga, who has been with the group for five years, said though there have been some challenges along the way, the group has made some steady strides.

He said: “We can see from the response we receive when performing. We have received encouragement from music fans and that shows that we are on a good path.” 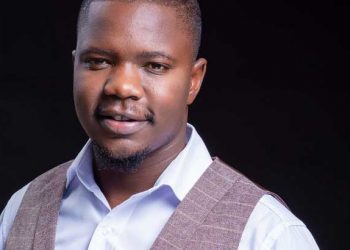 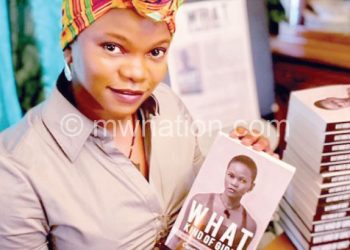 Carol’s what kind of girl?