Alliance Capital Limied (ACL), an investment and portfolio management firm, says the continued spike in inflation rate and the slight kwacha depreciation could prompt the Reserve Bank of Malawi (RBM) to raise the policy rate, or bank rate.

But RBM spokesperson Mbane Ngwira yesterday said there is no risk taken into account, observing that risks to inflation in the second Monetary Policy Committee (MPC) meeting which included increases in electricity tariff, fuel and maize prices came to pass in the third meeting and are affecting inflation with a lower impact. 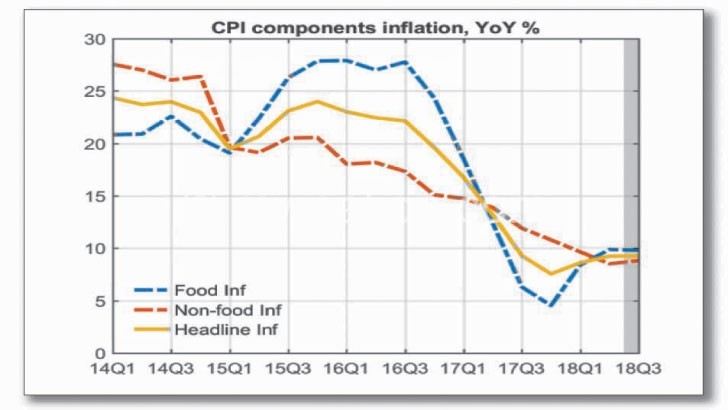 The rise in policy rate—the rate at which commercial banks borrow from the central bank as the lender of last resort—could also compel commercial banks to increase lending rates, currently at between 23 and 25 percent.

In a written response on Friday, ACL research manager Bond Mtembekeza said the threat to the policy rate comes in due to the rise in both food and non-food inflation.

He said: “Since the second half of 2018, dynamics have changed, inflation has risen for three consecutive months, fuel prices are almost at K1 000 per litre, utility prices have also risen, a depreciation has set in and maize prices have constantly risen since around August.

“This will definitely put upward pressure on headline inflation. Should the trend continue, we envisage the policy rate to be adjusted upwards by at least 100 basis points during the next MPC meeting in December.”

Mtembekeza said by not raising the policy rate, RBM will signal that the shift in fundamentals is just temporary to avoid eroding business confidence and anchor inflation expectations.

But Ngwira said the MPC mandate does not include fake investor confidence, but price stability.

“Therefore, whatever action the committee takes at that time, will be in the national interest of fighting inflation and not investor confidence.

In September, the MPC maintained the policy rate at 16 percent to counter inflationary risks.

The policy rate has been at 16 percent since it was last revised downwards by two percentage points in December 2017, largely due to decreasing inflation rate, which is currently at 9.5 percent as of September 2018, according to the National Statistical Office (NSO).

The decision to alter the the policy rate either way is made by MPC which looks at economic developments, including inflation expectations before arriving at its decision. n