A family member, Lingani Lemani, told the mourners that Lemani Singani died due to a heart problem at Queen Elizabeth Central Hospital [QECH] in Blantyre.

He said the family has lost its pillar, describing her as humble, always jovial even when things were tough and that she loved everyone.

According to family members, Lemani Singani, a sister to former United Democratic Front (UDF) strongman Dumbo Lemani, worked as an air hostess, a nurse at QECH and also in the Department of Works before she became an MP in 2009.

She once served as deputy minister in late Bingu wa Mutharika’s administration.

The clergy described Lemani Singani, known as Anambewe by many, as a Catholic christian believer, who did not forget that one day she would die.

The deceased was born on March 31 1946 and she is survived by five chidren.

Lemani Singani was laid to rest in Makupete Village in Traditional Authority Ntholowa in Zomba. 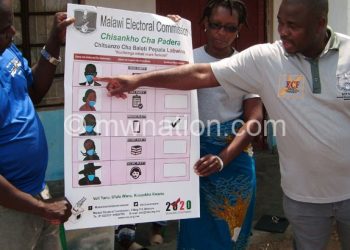