Five worst roads: why are they missing on the political campaign agendas?

Ten days from today, Malawians, genuine and fake ones alike, who registered will choose members of Parliament to represent their constituencies and aspirations, a president to run this country for the next five years, and ward councillors to run council wards in the cities and rural areas.

Some people have already declared the presidential race as a three horse race with the incumbent president Peter Arthur Mutharika (PAM) seeking to renew his mandate, the Vice-President, Saulos Klaus Chilima (SKC) seeking to dethrone his estranged boss and Lazarus Chakwera, gearing to take MCP back into power after 25 years of wandering in the political wilderness. If MCP loses this presidential election, Bakili Muluzi’s prediction in 1994 will come to fruition. He said MCP would not come back to power until after 30 years.

We wish to warn the three horse-racers that they should not rule out Atupele Austin Muluzi as this country is a united states or united nations (of Malawi). Since 1994 tribal affiliations and geographical identification have mattered and influenced the outcome of presidential elections. Those who think UDF and Atupele Muluzi are out of the presidential equation should wait until after May 21 2019. They should wait, we repeat. Hear us right. We are not prognosticating that Atupele Austin Muluzi will win the presidential election. We are simply saying he might not lose the election.

Supporters of the DPP and president PAM, too, should wait and ready themselves for the worst-case scenario to avoid cardiac arrests. We have seen political parties in government losing elections with the best election stealing experts within their employ.  Supporters of the MCP are used to being declared second and leading the opposition in Parliament. This time around they feel the game is theirs to lose. They are energised and hopeful. They too should prepare for the worst-case scenario where they may not even be second or third but fourth in presidential elections.

Meanwhile, the fight for votes goes on.  Candidates have talked a lot about corruption but they don’t tell us who is corrupt. In short, all of them cannot be trusted about fighting corruption.  We, genuine Malawians, must espouse active citizenship, demand social accountability every day and night and do the fighting for ourselves. Otherwise, we should wait and live with corruption until the next campaign in 2024, when we will be cheated again.

All the candidates have talked about creating jobs to engage the workforce that is not being utilised presently, but none of them are saying anything on the type of jobs and how the jobs will be created.  Some people think and believe everybody will wear a tie and suit to work. Even worse, none of them is distinguishing employment from occupation and jobs.

Kanengo – Kasungu – Chisemphere road is part of the Main Road (M1) but passes with distinction as one of the most neglected roads in Malawi. The last time it was seriously maintained was when Kamuzu Banda and the MCP were in power.  The people here believe the road is neglected because they vote for the MCP. Right or wrong, the suspicion seems to make sense.

The Nkhota-Kota – Kasungu passes with upper credit amongst the worst roads. This road passes through the Nkhota Kota Wildlife Reserve. Countries that really believe tourism is a money spinner invest in such roads. However, the Nkhota-Kota – Kasungu road needs real care. Other roads deserving similar attention for their tourism potential include the Rumphi-Nthalire-Chitipa road through the Nyika National Park, the Chintheche- Mzimba road through the Viphya Plantation and you can name others.

The Ntcheu-Salima-Nkhota Kota-Nkhata Bay road, also known as the Great Lakeshore road is another killer. It passes with credit. Narrow bridges, eaten up shoulders, and huge potholes are not uncommon. It also passes with credit. If you have not driven on the Zomba- Liwonde-Balaka road, then you don’t know what a bad road is. And there is the Marka-Nsanje Road! It passes. 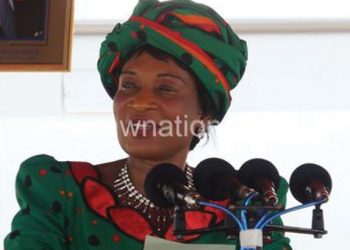 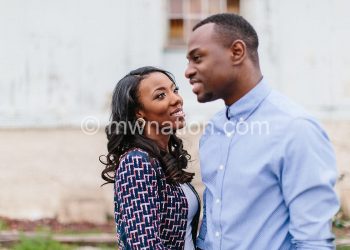