Flames not intimidated by Ivorian all-star side

Flames captain Limbikani Mzava says they are not intimidated by Ivory Coast’s all-star squad ahead of their 2022 Qatar World Cup qualifier tomorrow in South Africa.

But sounding calm in an interview from Johannesburg yesterday, Mzava said: “Names should not strike fear in our hearts. They [Ivory coast] are a good side, but we will take them on, we will give our all.”

The Flames skipper, who is the longest serving member of the squad, said with a good approach and determination, Malawi are capable of getting a result.

However, Mzava was not amused with the team’s preparations, saying: “We are only expected to have a full squad later today [yesterday] and that means we’ll only train on Thursday [today], just a day before the match, yet we are expected to do well against a big team. It is frustrating.

“It would have been better if we regrouped on Monday.”

The team was initially scheduled to travel to South Africa on Monday, but the trip was delayed as FAM was waiting for extra funding from government, which has since committed K401 million for the remaining qualifiers.

Malawi are third in Group D with three points from two matches following their  2-0 loss to Cameroon’s Indomitable Lions and a 1-0 victory over Mozambique’s Mambas.

The Flames are tied with second-placed Cameroon on points, but the Indomitable Lions have a better goal difference.

Scorchers go for the kill 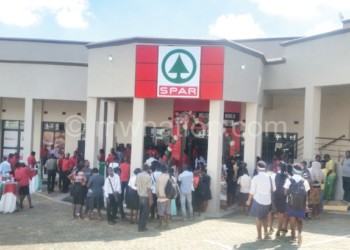 Scorchers go for the kill