South Sudan beat Seychelles 3-1 on aggregate on Sunday to complete Group B which also has Uganda and Burkina Faso.

The Flames will kick off the campaign against the Council for East and Central Africa Football Associations (Cecafa) outfit, ranked 173, at home on November 11 before facing Uganda nine days later  in Kampala on November 19.

The Flames will then play Burkina Faso away and home on  August  31 and September 8 2020.

The return leg against South Sudan will be on October 5 2020 before the Flames wrap up the qualifiers at home against Uganda on November 9 2020.

Commenting on the fixture against South Sudan, which will be the first ever encounter between the two sides, coach Meke Mwase said it will be tricky.

His sentiments came just after Malawi drew 1-1 against Lesotho in an international friendly on Sunday.

“There are no underdogs in this group. Every team is worth its salt. That’s why we need adequate preparations. Luckily, we are starting at home. We need to start strongly,” he said.

Mwase said the international friendly against Lesotho had accorded him an opportunity to try new combinations ahead of the match against South Sudan.

“That’s why I insisted that we played this international friendly,” he said.

Malawi came from behind to level against Lesotho through a Hassan Kajoke late goal.

The Nyasa Big Bullets striker also missed a penalty earlier, but made amends by scoring a face-saver.

Malawi had a full strength squad while Lesotho featured local based players as they are preparing for African Nations Championship (Chan).

“Everything is in the 2019/20 budget. We knew we will be participating in the Afcon as well as the World Cup qualifiers,” he said. 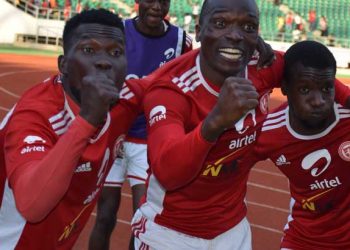