I am not good at promising knowing what football is but we are well-prepared for the match, knowing how important this game is to our campaign,” said Flames coach Meke Mwase ahead of this afternoon’s swim-or-sink 2022 World Cup qualifier against Botswana at Kamuzu Stadium in Blantyre.

There was no hint of nerves as he spoke, no hint of doubt and absolutely no hint of fear as he addressed the media during a press conference in the countdown to the preliminary round second-leg showdown.

It has been a rocky old ride for the Flames, full of upsets and bouts of despair, especially under his predecessor Ronny van Geneugden, but Mwase sounding ice cool, said the Flames have found their feet in Africa’s rough terrain to compete against the best.

The coach believes Malawi will banish the demons that have been preventing them from winning in their last three home games and will scorch the Zebras.

In all competitions, Malawi have been struggling at home, having failed to win in their last three games and only scoring once. They settled for goalless draws against Morocco and Cameroon in the 2019 African Cup of Nations (Afcon) qualifiers and had a one-all draw against e-Swatini in the Championship of African Nations (Chan).

“It is going to be a very good game, but our goal is to get the victory at the sound of the final whistle and we are mentally and physically ready for the encounter,” he said.

Botswana assistant coach Mogomotsi ‘Teenage’ Mpote said they expect a tough battle away after a well contested game that ended goalless in the first leg in Botswana.

“We know it is not going to be an easy return leg. I have confidence in my boys. I have been working with them on home and away games, I would say we are home. We have a plan to fight to the end. Malawi is a good team and they have a good coach Mwase, who I hope would let us go through,” he said.

Botswana captain Joel Mogorosi said they know it is a difficult task to win away.

“However, what matters most is to change our mindset and believe we are playing at home. It does not mean if we failed to score at home, we cannot do it away,” he said.

The Flames are ranked 126 on Fifa Rankings, 11 steps better than the Zebras and a loss would have a negative impact on their next rankings.

Having weathered the storm away in Francistown, the Flames are expected to impose themselves totally this afternoon using home-ground advantage to get it over and done with as they look to take wing to the group stages.

Although he did not hint at ringing changes, Mwase is expected to maintain the same line-up that featured in Botswana and Frank ‘Gabadinho’ Mhango is expected to mesh potently with fellow South Africa-based forward Richard Mbulu upfront while Azerbaijan-based Robin Ngalande could be thrown into service as a substitute.

US-based Yamikani Chester is expected to feature just behind the strikers to create chances for the strikers with Chimwemwe Idana as a holding midfielder. Phiri and captain John ‘CJ’ Banda will orchestrate play from the flanks.

Charles Petro, Stanley Sanudi, Peter Cholopi and Precious Sambani will form the back four to provide shield for goalkeeper BrightoneMunthali who kept a clean sheet in Botswana. 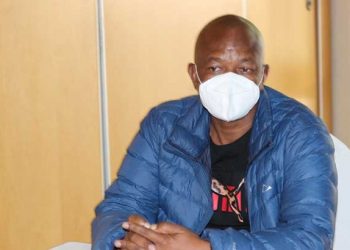